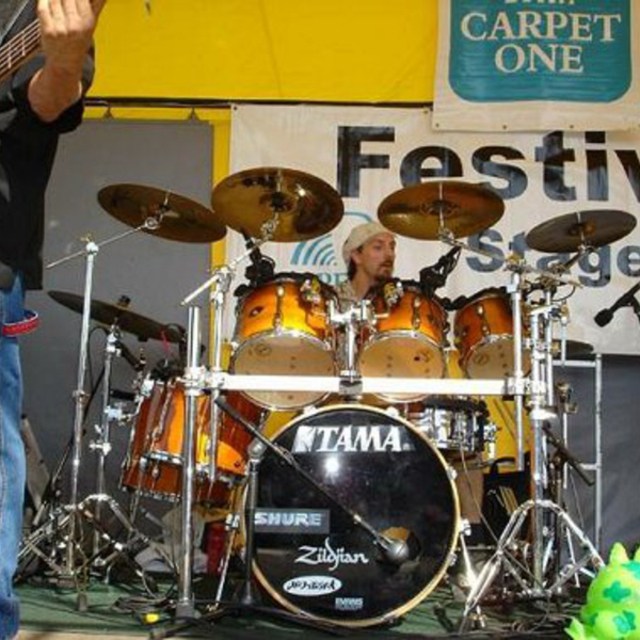 I'm 36 years old. I've been playing drums for almost all of it. I'm currently playing in a classic rock/current rock/top 40's cover band. This chapter in my life will be closed in January 2012 as I begin my life as a touring drummer with an amazing tribute band.

I toured with an original band in the mid-90's. I own several drum kits and have professional mics. And reliable transportation! I am completely dedicated to music and the hard work that goes into making a successful project. I've been in several original acts over the years and love writing my own drum parts. I don't over fill, I don't abuse the kick drum, but I know what sounds good, where to throw the chops and what makes a funky groove. I've filled in for other drummers and I've done studio work for my own bands as well as others. The last tech told the bass player I was the only drummer he'd ever recorded that was within 1/100th of a second on every beat on every take, without a click. I don't play to a click. Don't get me wrong, I don't have a huge ego... I am just that dedicated. I've played country, rock, blues, originals and pop. I'm not a jazz or metal drummer.

Darwin 7 piece - This kit toured and cut the first 3 Guardian albums - Loud as hell!, Tama Custom Rockstar, DW Pacific MX, Gretsch Catalina Club. - Basically I have a kit ready for any sound - Zildjian A and A Custom, lights, shure mics.

The nicest hotel and banquet center in Rockford. Individual tickets start at $25 and overnight packages begin at $249.

Cover band with a ton of energy!!! Small bar in a small town but we always deliver!