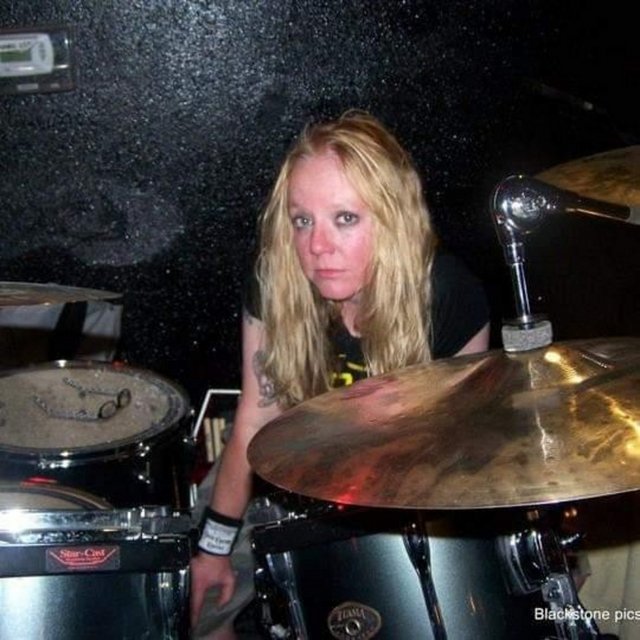 One night after finishing a set playing my double bass kit, with my band at the time, The Wonder Twins", Stephen Baldwin walked up and told me "You're good for a girl." Any female musician can vouch that we get this a lot. However, after years of playing and earning the respect of the musicians I've had the pleasure to play with, I simply replied, "I think you mean I'm good. And thank you."
I co-founded a hard rock/metal band named ASH BLACK in which I played drums as well as wrote the lyrics and co-wrote the music. In the 20 years I was in ASH BLACK we had the privilege to open for many national acts such as WARRANT, PRONG, and MOTORHEAD to name a few. I've played, recorded, toured and collaberated with musicians that played many different generes like Punk-A-Billy, pop, R&B, country, alternative, and as mentioned before, rock, hard rock and metal.
I've also played bass if a band needed one. I really enjoy having bass as my second instrument.
But most of all, I just love to play!
I am looking for a singer in the style of VINCE NEIL for a MOTLEY CRUE tribute band! I'm also open to working with other bands.