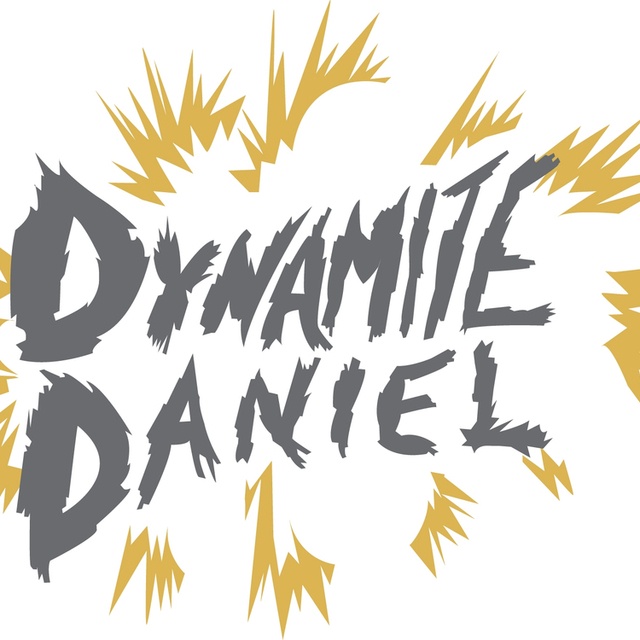 One of the hottest, progressive rock and Christian metal solo rock artists coming out from New York City is Dynamite Daniel. He generates energy and excitement everywhere he performs.

The solo rock band project was started in 2003 under the leadership and guidance of singer, songwriter, and guitarist Daniel Isaac Roberts and has thrived ever since. His first album, "DYNAMITE," received 4 stars on CD Baby for its unique style of aggressive play. The second album, "LEFT ON THE OUTSIDE," was a huge maturity from the first record and had received much radio airplay from Internet music promoting websites, Radioindy and NumberOneMusic.

He also recorded two Christmas albums with his former band mates from his first band, Rated X. Both Christmas records were entitled "A DYNAMITE CHRISTMAS." The Christmas CD box set features both live audio and studio audio recordings of famous Christmas songs that they covered in their own rendition.

Shortly after the remake of the "LEFT ON THE OUTSIDE" LP, Dynamite Daniel released a two song demo/ep entitled "JUDGMENT DAY." The demo/ep features a rock instrumental and a vocal recording of his song "JUDGMENT DAY." Both tracks were big hits off of Radioindy and NumberOneMusic.

In the fall of 2011, Dynamite Daniel unleashed the most aggressive, heaviest, and most melodic album of his entire music career. That album is "WAGING WAR." "WAGING WAR" topples over every previous recording that Dynamite Daniel ever did during the course of 8 years. The album focuses on wars and rumors of wars, end times prophecy, and the second coming of Jesus Christ.

In the spring of 2013, Dynamite Daniel released his greatest hits record, entitled "THE BEST OF DYNAMITE DANIEL." This greatest hits album features all of Dynamite Daniel’s most popular songs during the project’s 10 year longevity. It also features 4 revised versions of “Day of Revolution,” “Thrash ‘n’ Burn,” “When the Crowd Goes Wild,” and “Livin’ in Your Own Hell."

In the winter of 2015, Dynamite Daniel released his new single "ENDANGERED SPECIES." The song was initially recorded back in 2011. After gaining some respect and praise for the song from a few friends on , Dynamite Daniel decided to finally sell the track through online music stores. It would later appear as the 9th track off of Dynamite Daniel's 2015 album "SOCIAL DISORDER."

In the summer of 2015, Dynamite Daniel released his most riveting and thought-provoking album "SOCIAL DISORDER." Although "SOCIAL DISORDER" didn't focus so much on topics relating to the Christian/spiritual walk as did "WAGING WAR" and "MONEY DOESN'T MAKE THE MAN," the album's righteous indignation towards stereotypes and racism took the words right out of the book of I John 4:20. "SOCIAL DISORDER" contains 11 tracks full of wonderful melodies and catchy anthems mixed with very strong messages. This album is not just a great album by Dynamite Daniel but a timely treasure by Dynamite Daniel.

In the summer of 2018, Dynamite Daniel released his very first double album "LOVE & HATE." This album contains a lovely mixture of melodic ballads on the first disc and heavy thrash metal tunes on the second disc. It's enough to make one mellow out while also head banging at the same time. The album focused on actions and emotions of love and hate which we battle with every day. Learning how to love thy neighbor and not hate thine enemy is a Biblical principle that we all have tackled with at some point in our lives. It may have appeared as if Dynamite Daniel didn't have much to say on this record as much as he did in his highly anticipated predecessor "SOCIAL DISORDER," when truthfully he did. This album is truly a classic!

In the summer of 2020, Dynamite Daniel released another new single entitled "THRASH 'N' BURN (LITTLE HIPSTER MUSIC VERSION)." The song was initially recorded back in 2018. Initially, Dynamite Daniel had no intentions to re-record a new version of his classic hit "Thrash 'N' Burn" which was the 2nd track off of his "DYNAMITE" record. Yet after being found on ReverbNation by an A&R company called Little Hipster Music who urged him to give the song new light due to its extraordinary potential, Dynamite Daniel knew that he couldn't turn down that once-in-a-lifetime offer. "THRASH 'N' BURN (LITTLE HIPSTER MUSIC VERSION)" would later appear as the 13th track off of Dynamite Daniel's greatest hits album "THE BEST OF DYNAMITE DANIEL: VOLUME II."

In the summer of 2020, Dynamite Daniel released his 2nd greatest hits album "THE BEST OF DYNAMITE DANIEL: VOLUME II." It was another triumph for Dynamite Daniel.

Dynamite Daniel's new show is scheduled for Sunday, April 28th at Otto's Shrunken Head! He will be playing alongside with fellow bands Thunder Lips, Sid Dylan, and Transcend the Core. So, come out and join the fun!

You have been invited to attend one of the best hard rock and heavy metal shows in New York City! The bands who will be scheduled to perform at this event will be Dishonest Escape, Would Be Thieves, and Dynamite Daniel. The date that these bands will be set to play will be on Friday, September 30th at the Alphabet Lounge, so make sure to jot it down on your calendar. The address for the venue is 104 Avenue C, New York, NY 10009. The cover charge will be $10. Bring a friend or family member with you, if you'd like. It will be a night that you will never forget!

SATURDAY NIGHT--JANUARY 30TH BLACKTHORN 51 Presents: The Queens Homecoming of: TRAINWRECK [performing the best Hard Rock & Metal covers!!] With special guests: *GRIMM JACK *DYNAMITE DANIEL *FATAL RHYTHM and more bands tba and listed soon!! DOORS AT 7PM- 1ST BAND 7.30PM 18 to Enter and 21 To drink [valid id is a must for all!] Admission is $12 Dollars with a ticket or pass. Which are available from all bands performing on this event. Or you can pay general admission at the door night of show. SO MAKE YOUR SOLID PLANS TO ATTEND!! AND ENJOY A GREAT NIGHT OF ROCK!! AT THE LIVE MUSIC CAPITAL OF QUEENS!!

Saturday 17 Jan 2015 15:00 - GET IT ON PRESENTS: NYC HEAVYFEST AT LIT LOUNGE SATURDAY, JANUARY 17 W/ DOWN BY MY SINS, TRANSCEND THE CORE, DYNAMITE DANIEL, SPHEREA