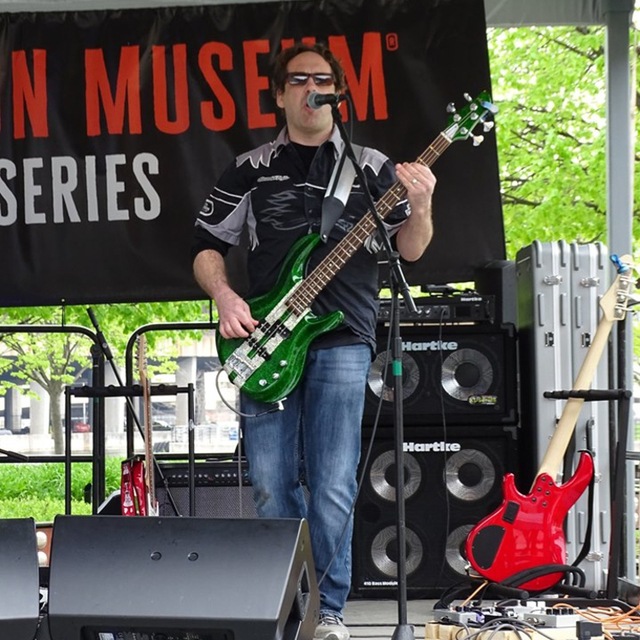 My roots are firmly in the thrash metal to grunge rock of the decades past.

I am currently in a 80s/90s cover band and enjoying the heck out of it. I also write and record originals and belong to a song writing club to further hone those skills.

The bass is my instrument of choice, but I've learned a bit of rudimentary guitar over the past couple years as necessary to write originals. My soloing is not so embarrassing anymore, which makes me very happy.