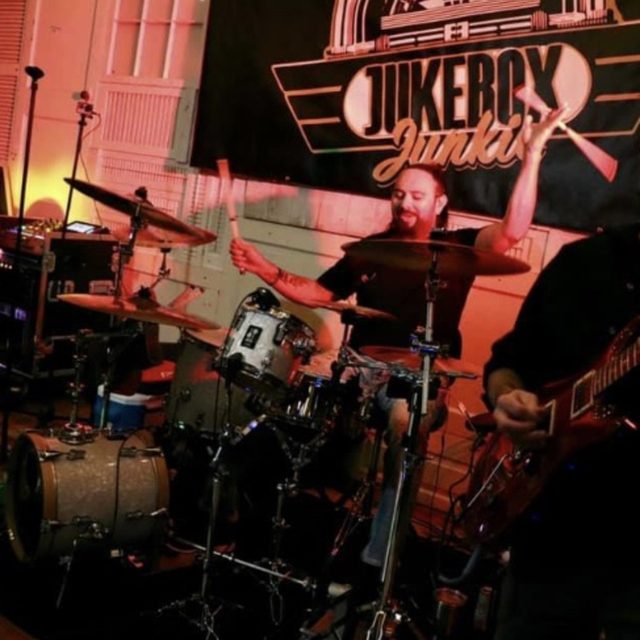 Wanting to play Reggae music bad. Looking for anyone wanting to start from scratch or to join up with a group!! Reggae, Beach, Surf music!! Anything!!
Hit me up 7573442044
Or teachdrums**g mail**com

**UPDATE**UPDATE** As of Sept 30 2015 NEEDS BASSIST!!!!!
We are looking to audition bass players!!!!
**my contact** teachdrums g mail please email me and I will get right back or call(text first is preferred, or leave a message I don't answer unless I know who it is) 757 344 2044 We are on and reverbnation,
/discolemonadeband
/discolemonadeband

As of July 20th 2015 I have been playing in the all 90's working cover band Disco Lemonade which was started shortly after April 2013. We play out pretty much every fri and sat night at bars, clubs, and restaurants in the Triad area. We have shows on the books all the way through 2016. Our bassist will be moving to Dallas at the end of 2015 so we will be looking to start recruiting and auditioning bassist as early as Sept. We play all 90's rock, pop, grunge, hip pop, basically anything from the 90's that was popular and keeps the dance floor moving!! If you want you can email me directly at teachdrums g mail . com or check out our Disco Lemonade fb page at . com / discolemonadeband

(April 8th 2013) The practice space is almost complete, doors will go up this week and then have it painted, so I am guessing by the end of the weekend I can start practicing again!!!
***EMAIL*** teachdrumsg mail . com
I am in the process of having a soundproof studio built in my new house, I will be able to have late band practices again. Once its completed I will be looking to start a new band again with a very nice place to practice at all hours of the day and night!!!

**The type/styles of music I want to play is based off what musicians I can find**
-I would like to either play some kind of cover music that we blues it out with some originals or the kind of original Metal music I describe below.

I would really like to right material that is a cross between OPETH, Misery Index, dream theater, btbam, behemoth, Ishan, ext ext. Basically great music that has highs and lows, soft pretty parts, brutal fast stuff, clean vocals, screams, just a good mix, but without going over the top with ridiculous stuff.
I am looking for a guitarist to start jamming with and writing Metal/Death Metal/Progressive Metal/Metal music and start recording and possibly finding a line up to play out locally.
To hear what I have done recently and recorded ./conspiracyinsilence