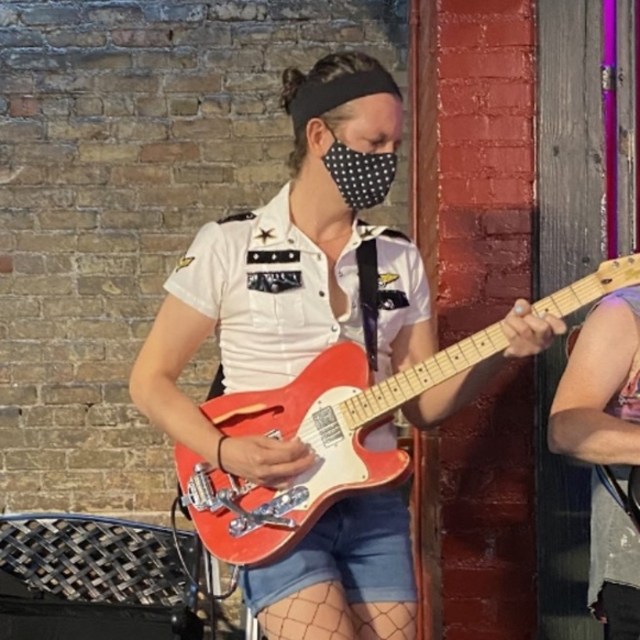 Hi all. I'm a gigging guitar player. I've gotten pretty good at load in and load out. And hitting my marks on stage. I have played lots of weddings, corporate events, bars and festivals. So basically tons of covers. The audio tracks on this page however are from my original bands, so I write stuff too basically.
Telecaster country guitar is my current pursuit. It’s fun and challenging and is easily incorporated across many genres.

Video on this page has a guitar solo at about :50 seconds in to give you an idea how I sound when asked to improvise. The Song is Chain of Fools by Aretha Franklin. The band is Motor City Soul which I was in for 3 years recently up in the Detroit area.
On this page the Audio tracks are all within the last 10 years. I started my own band called The Starlights 10 years ago which morphed into the Canastas. So we went from 1940's-'50's type tunes thru to rockabilly then jumped to new wave, ska, dance pop with some jump blues thrown in the mix. It's a lot of work running a band, so after the Canastas, I was hired by Motor City Soul where I was glad to kinda take a back seat and just gig.
Cheers!