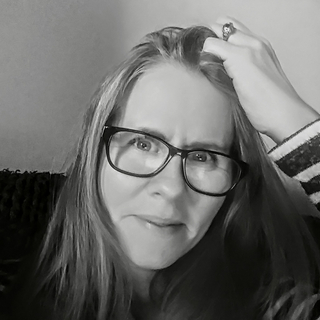 I just moved to Denver in October after camping/traveling around the USA for eight (8) months. I have been actively searching for musicians to start a band or join a band. Over the years I have tried very hard to learn how to play several instruments. I have no hand eye coordination, and when I try to concentrate on attempting to play an instrument (not well), I find that I lose the power and intent behind my voice. I hope that makes sense.

I love music. I love musicians, and have the utmost respect for people who master their chosen instrument(s). I am hopeful that I am able to get together with some talented folks to create something from nothing, for collaboration is just so magical.

About me: I’m a young 40-something year old. :-) Been singing since I’m 5. Been writing since I’m 17. I was the singer, lyricist, manager, and publicist of a funk band in Florida for over six years and have performed and recorded with several bands in the Florida area for over 20. I do not drink. Don’t care if you do. I’m 420 friendly.

The sound: Catchy, yet with depth. Danceable, but it is ok if you just sit and bob your head. Soulful with a little edge. Making the entire band sound like one big beautiful instrument. (acoustic lounge comes to mind)

Performing live is spiritual. It brings solace to the heart.

So after all that: I am in search of kind, talented, funny, humble, drama-free, ego-less, team players who are about the music and playing live.

Thank you for reading.
(music attached)

Music that I love (this is a VERY brief synopsis) The Beatles, Blind Melon, Jellyfish, Maktub,Talking Heads, Galactic, SCI, Jellyfish, Queen, KDTU, CeU, Ojos de Brujo, Martin Sexton, The Police, The Revivalists, Porcupine Tree, Alice in Chains, Zap Mama--in summation, anything that moves me to think or moves me to boogie.

Sold my PA and equipment prior to leaving Florida. I'm game to buy a PA if need be.