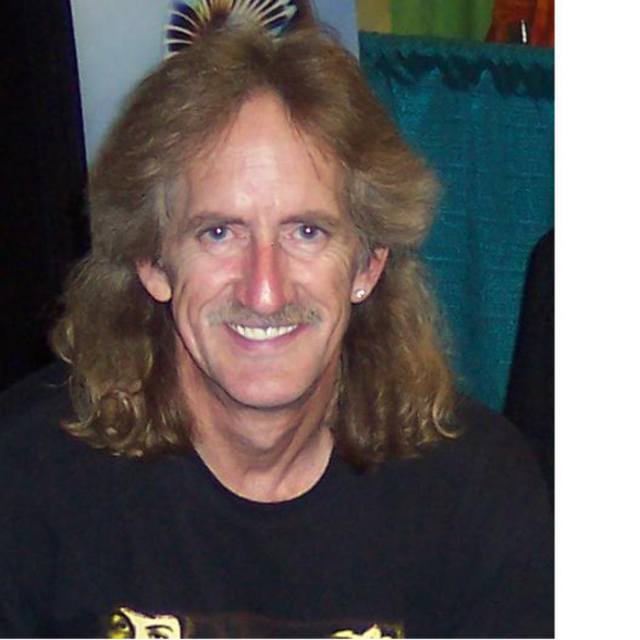 I started playing drums at the age of 8. I've been at it from then til now, rarely allowing myself to be far from my drums and music. For more years than I like to admit to, I have been committed completely to developing my talent and to growing as a musician. My goal, which I was fortunate enough to recognize and understand almost from the first, has always been to simply be better than I was the last time I played. It's SO simple, and SO HARD! I have always been very open to enjoying the talents of other players. Drumming is an absolutely essential part of me and of my life. I love to play, I'm damn good at it, and for my life to work I need to play drums.
So, who needs a drummer?????

Everyone! That's the truth...whatever I hear, I try to learn. My favorite music to play, for my own enjoyment, is progressive or orchestrated, music that challenges me musically and technically. Buddy Rich, Neil Peart, Phil Collins, Carl Palmer, John Bonham, Sandy Nelson, Carter Beauford, Terry Bozzio, Alan White...are some of my favorite drummers. You cant name everyone! Some great bands I've certainly been influenced by include The Beatles, Led Zeppelin, Genesis, ELP, Rush, Dave Matthews Band, Dream Theater, Steppenwolf, Grand Funk Railroad, Three Dog Night, Jethro Tull, The Who, The Guess Who, Frank Zappa, Ten Years After, Humble Pie, Deep Purple, Steely Dan...so many more. A good friend, a very talented guitarist, once told me that I have my own style when playing drums...that I can play anything he ever heard me try...but he can always tell its me. I think that's one of the best, if not the best, compliments I've ever been given.

Not nearly enough....not ever nearly enough! My first kit was Ludwig, and I've nearly always had a Ludwig kit even if it was in the garage. I toured with a Ludwig setup, and Paiste cymbals, with a Zildjian cymbal-set and a Tama kit as back-ups. Over the last several years I've been using Sabian cymbals, and love them...though nothing has ever matched my Paiste ride. Also, for several years now, I've been building an electronic drum kit and use that most of the time. It's a custom set-up from the gate, a combination of one Roland and two Yamaha brains, and let's just say a shitload of drum- and cymbal-triggers. It keeps growing!