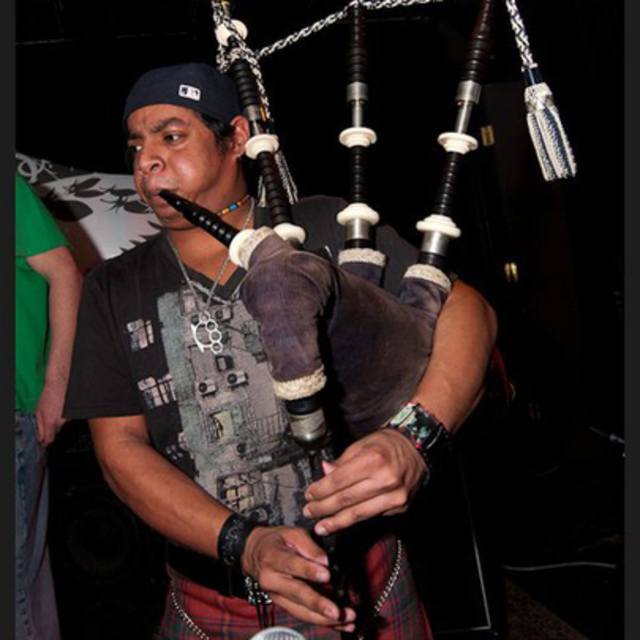 I'm a professional bagpiper. Grew up in Michigan and at 14, helped found the Gr II Windsor Police Pipe Band. With that band, I helped take it from grade II to grade I, along the way capturing 5 American Championships, 4 North American Championships, and five top 5 placings at the World Pipe Band Championships, including one World Championship for the Pipe Corps. The band became one of North America's most decorated Gr II pipe band. I now play with the current Gr II North American Champions, the City of Chicago Pipe Band.
Along with pipe bands, I took ten months and toured with Celtic fusion band. While performing with them, I took the stage at Renaissance Faires around the US, along with performing in Las Vegas, NV for St. Patrickâ€™s Day, Kansas City, MO for the Kansas City Highland Festival, and the first World Steam Expo in Detroit, MI.
I now have my own band, Cu Dubh (Coo Do), and we're a bagpipe and tribal world drum band that is focused around creating original music that take listener back to ancient times, to the Middle East and India, Gaul and the Old World. We even take our music to today's punk rock genre.