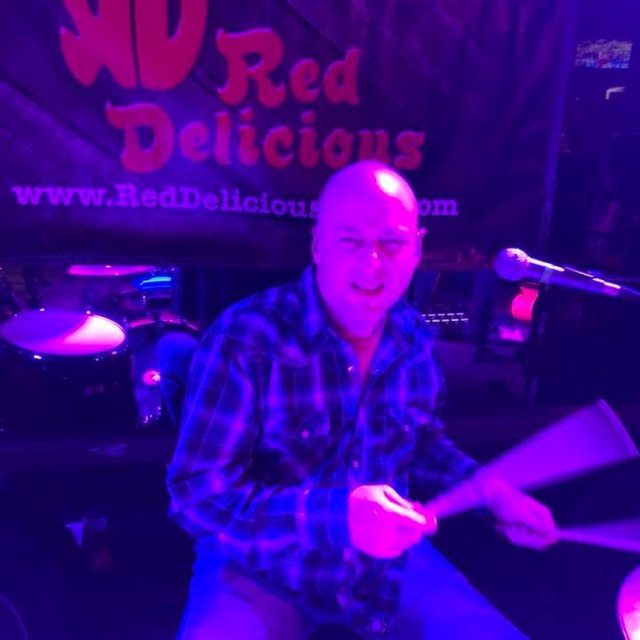 Thanks for checking out my profile on Bandmix! I am a veteran drummer originally from NW Indiana (Chicagoland) with over 30 years of experience. Playing actively since 1986, I have recorded music and performed live far too many times to count at recording studios and live venues around the nation.

I became interested in playing drums while growing up in the 70's and 80's, listening to the radio and watching MTV. I obtained my first drum set during the summer of 1986 and quickly turned my musical ideas into reality as I played drums for my first bands in Bloomington, Indiana with guitar phenoms/songwriters, Joy Basu and Doug Powell.

In 1987, after graduating from high school in St. John, Indiana, I jumped on the first plane to Hollywood and attended Musician's Institute, Percussion Institute of Technology, for about two years. I recorded for the first time and played live on the Sunset Strip at The Troubadour, The Whiskey and other nearby clubs during the glory days of the LA hair band scene with several metal bands.

I moved back to Indiana in 1989 and played the Chicagoland area for one year with a band called Circus Circus, whose reputation for shock-rock was widely known. In 1991, I moved to Omaha, Nebraska to record original music with my brother Aaron. We played in several bands together there and recorded music for two independent labels from '91 through '98. We also opened up for 311 at The Ranch Bowl soon after they released their first album on a major label. During the early 90's, I also played with an original band called Chop Suey and opened up for Badlands, 311 and Nickleback at the Ranch Bowl in Omaha.

In the mid-90's, I was a founding member of Rose Garden Funeral, a grungy metal band from Omaha. We recorded an EP for Redemption Records and played live shows for several years throughout the Midwest before disbanding in 1997.

In 2003, I began playing in cover bands for the first time in the Omaha area. After several rock cover bands, I tried a modern country band called Shaky Ground and found the country scene to be very enjoyable. That band split up after about a year and a half, but it was a great experience and I learned to appreciate modern country music for the first time. After Shaky Ground, I played drums for two other country bands in Indiana from 2008-2011.

In early 2007, I went to the Sundance Music Festival in Park City, Utah and joined some friends at the Gibson Guitar exhibit where we performed live with many Hollywood stars and Grammy winning musicians for 5 days. That was a blast!

In late 2007, I moved to Indianapolis, Indiana and played with many bands in the Indy music scene. I ended up spending a year with a great local rock cover band called Through Being Cool. That band did very well during the year I was with them in 2010/2011 and they continue to perform throughout Indy, but I decided to move back to Omaha due to my family and business needs.

Arriving back in the Omaha area in early 2011, I joined Grand Theft Girlfriend, one of the most notorius bands in the Omaha region. My old friends, Jason and Darren Hopkins fronted the band that played classic and more modern hard rock and heavy metal. With GTG, I played clubs and festivals from June 2011 through August 2012.

In March of 2012, I began attending Redeemer Church in Omaha with my wife and I soon became one of the regular drummers in rotation there playing contemporary Christian music. I still play drums occasionally at Redeemer and I have also played drums at Flatland and StoneBridge churches in the Omaha area. Playing drums for Jesus is a true passion of mine!

Since July of 2012, I have played with Cactus Hill, Jason Earl, Outlaw Road, Element Variety Band, The Riptide Refugees, 3D In Your Face, Outshine, Lucas Minor and the Country Mile, One2Go and some new work with Rose Garden Funeral.

Currently, I play with Red Delicious, a fresh, Top 40 and classic rock variety band that is fronted by an amazing female singer. I also play occasionally at Stonebridge Church in Omaha.

The music on this profile is original music that I have recorded over the years with friends in Omaha, Nebraska. I hope you enjoy these songs!

If you are in need of a drummer, please don't hesitate to send me a message and I'll be happy to speak with you. Thanks for checking out my profile on Bandmix!

I own a beautiful, North American maple hardwood, red, Design Series, 5 piece, Drum Workshop Drum kit mounted on DW hardware with Saluda Cymbals. I also have mics for the kit and I have molded in-ear monitors.