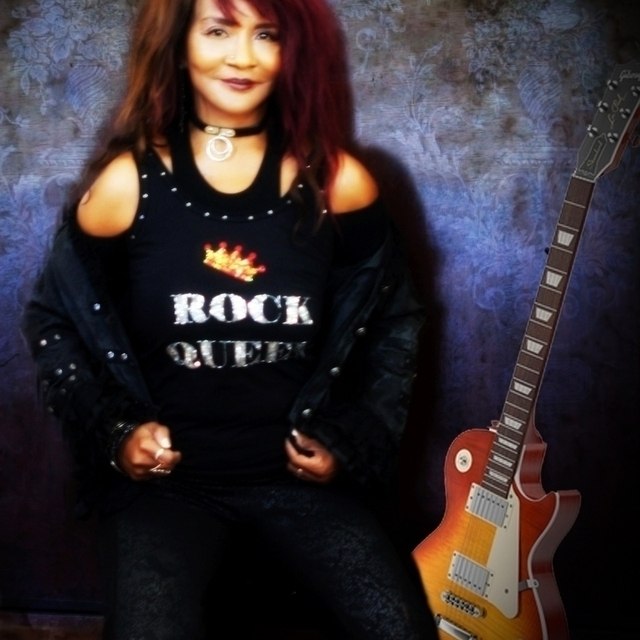 Emyna â€“ the Rock Queen grew up in Houston, Texas. There she grew artistically and professionally as an opening act for Chaka Khan, Sarah Vaughn and as a performer with the members of Def Leppard. Since then the Rock Queen has graced stages throughout the nation with both of her albums Runaway and Get Me out of Here, a clear and bold declaration of her artistic expression. Emyna â€“ the Rock Queen recently released her newest single Rock Queen, in August 2011. A track intense, rocking and vibrant; where guitars meet brilliant vocals.

The Billboard World Song Contest recognized two of the Rock Queenâ€™s original compositions, Reach for the Sky and Youâ€™ll Find a Way in 2009 & 2010. The International 100% Music Song Contest honored Emyna â€“ the Rock Queen, this summer with second place in the Rock category for her soon to be released single Rise. The Rock Queen is currently getting ready for her European tour set for summer 2012 and launching her clothing line, Rock Queen Wear.

Rock Queen Wear is a combination of recycled items renovated by Emyna the Rock Queen along with some of her original designs. While designing her own eco friendly clothing line the Rock Queen tours with her two outreach programs Legacy in Sound and Women Who Rock for Kids; programs created for children with an interest in music, giving them the opportunity to learn and play instruments along with an enjoyable way of learning the history of Music. Emyna the Rock Queen is determined to leave her mark not only in the music industry but also in her community.