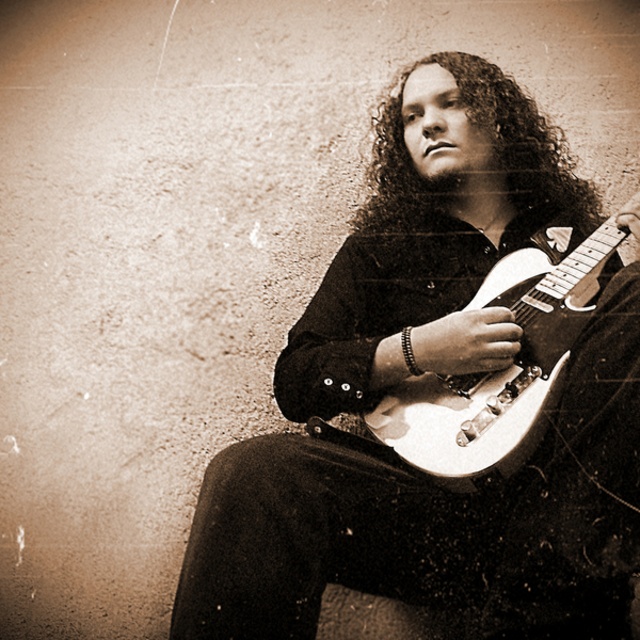 Enrique was born on December 16th in Hermosillo, Mexico. He started taking guitar classes when he was 17. He liked playing heavy metal covers with some friends. From 1994 to 1999 he was taking some music courses such as singing, classic guitar, keyboards, and harmony. In 1998 he started playing in different local clubs and bars, based on main stream music. That same year he formed the band Luthier, a Heavy Metal oriented band. ( ./luthier )With this band he released two albums and played some shows around the region. He also studied a four year Music Seminar in the University of Sonora in 2000. In 2001 he started teaching music lessons in elementary schools, as well as private guitar and piano lessons. In 2002 he took a course of Choral Direction, and in 2005 he moved to Los Angeles CA to be a member of some rock bands as a Guitar player. In 2006 he started taking composition classes, as well as arrangement and orchestration courses. At the end of 2007 he started to record his solo album "Reach out my Destiny", a versatil instrumental rock style album; which was finished in March 2008. In 2010 open his own muusic school as well a recording studio too. Nowadays he is scoring music in Los Angeles, CA and looking for a serious working band to play along. enriquejauregui_music , ./EnriqueJaureguiGuitar