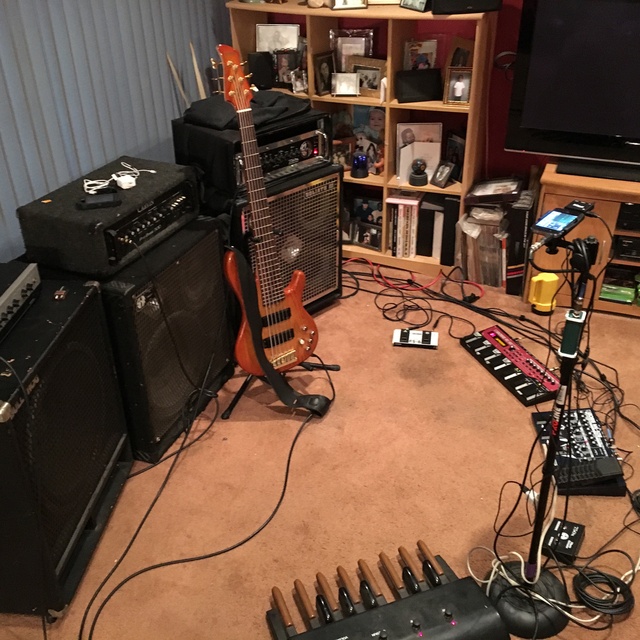 Its all about the bass. I'm a bass player and would love to play all styles of music if I could. I've played with a number of bands from Funk, Rock, Jazz, R&B, Country and Blues. I was in the movie "Fast Times at Ridgemont High" with the band "Reeves Nevo & The Cinch" was on the CBS show "John Saxonâ€™s Dojo" and the Fox web series called "Late Night Fox Show" as Bert Windell. I have a 2013 CD called "A Peaceful Chaotic Dream" and three more CD's due out shortly. I'm looking for a Funky Heavy Metal groove oriented double bass playing drummer, an all around Guitarist and Jamming Keyboardist to help bring my musical vision to fruition.