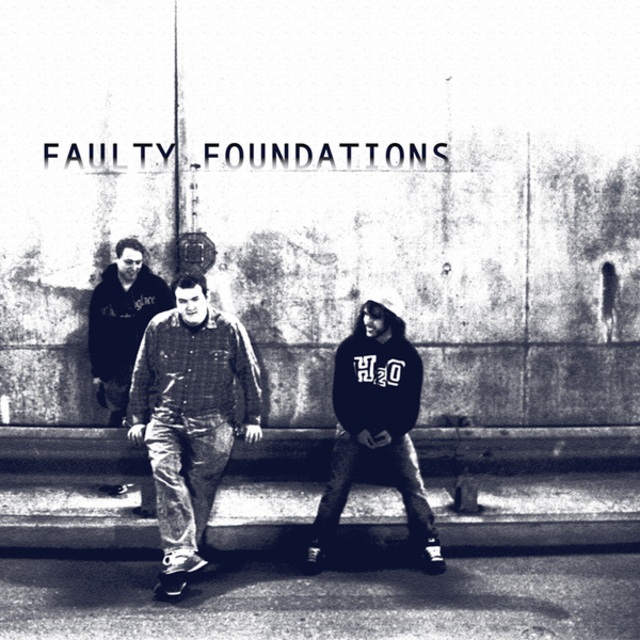 We're Faulty Foundations from Delaware County, PA. To us, this band has always been a studio collective about collaboration. We've set up multiple home/office/rehearsal space studios over the last 12 years. We've played only a handful of shows but have tracked over 100 songs throughout the years for use in multiple styles.

In 2019 we released an ep, Etched In Stone. You can find it on Spotify, be, iTunes, etc. We have a few more releases coming in 2020! We're currently looking for a live bassist for shows but definitely open to a permanent spot.

For many years we were only looking for singers and that is still the case for the most part, but we're open to anyone who writes on anything. We've recently connected with a new singer in the past year to work on a batch of songs and it's been great. Whether we put out music as Faulty Foundations, or one of our other monikers (Capitol Minds, The Melting Clock, Blue Dusk Sun, Vocal Minority) we just wanna make good music. Period.

Because we only recently started getting things off the ground with some different singers, almost all of our material was recorded instrumental. We used to be glued to these recordings. Most have been tracked on and off and multiple studios from 2010 until now. But as we're learning with each new collab, the songs are not ours. They belong to whoever finds meaning in them.

If you're interested in working together hit us up. Bandmix is not our direct contact but we always check our messages on here.

We're a band from Delaware County. We are a three piece right now (guitar, guitar, drums) looking for a vocalist only at the moment.

We are currently only a studio band, looking to complete recordings. We're completely interested in playing shows/touring once recording is finished, but finishing an album is our top priority. We recently finished drum tracking for 22 songs. We're in the process of finishing up all bass, guitar, piano, percussion, etc. parts right now. We could do an EP with some songs and an album soon after, or release a bunch of songs as EPs, we're not really sure yet. We just want to make the best songs possible first.

You don't have to live locally, although that would be ideal. We're down with sending files digitally for recording and seeing how that pans out.

Check out some music at: