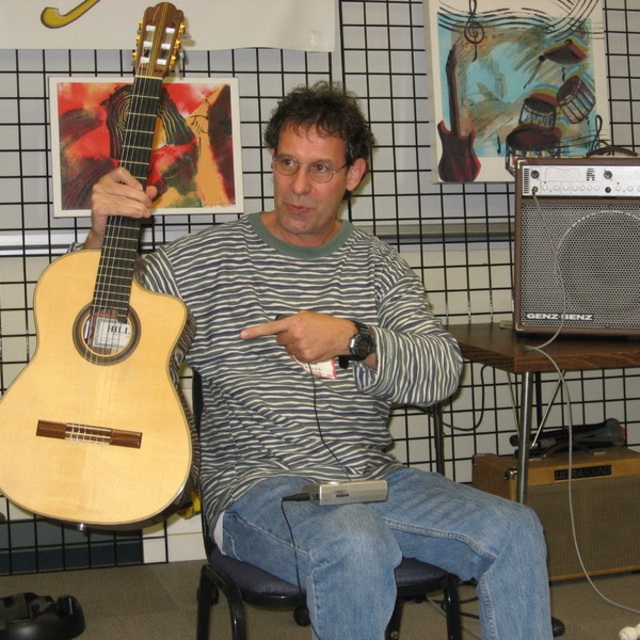 During the last several years, my musical focus has been on learning a bunch of instrumental versions of classic rock songs from 60's and 70's from bands/musicians such as the Beatles, Beach Boys, Neil Young, James Taylor, The Who, etc. Currently, I know around 100 of these instrumental songs that I play fingerstyle on guitar, with about 30 songs being Beatles.

I help run a guitar club called the Association of Fingerstyle Guitarists and plan periodic events for the group. Through this organization, I've received a decent education about contemporary fingerstyle guitar players and various playing styles. Past membership with Taxi (and their annual conventions) also provided a foundational education on the music and recording business. I am a member of ASCAP.

Additionally, in the past, I composed about 25 original instrumental songs and recorded these songs in a commercial studio with professional producers to create two original CDs. Through promotional efforts, my CDs were played on couple hundred non-commercial college and community radio stations along with a number of NPR broadcasts. Through various music libraries, I have had a handful of song placements for TV & commercials.

When performing, I've play instrumental-only songs (no singing at all). I would be potentially interested in joining/forming a band or duo. It would be nice to interact with a compatible mix of musicians who know what they are doing and dig playing music to a deep extent.

Jeff will be one of many guitar players invited to play at the 2011 Annual Assoc. of Fingerstyle Guitarist performance event. Watch of additional info concerning location and price.

Panel discussion on the placement of songs in Film/TV/Commercials by Jeff Findl, Liz Redwing, and another unnamed person. Also an open mic session for AFG members.