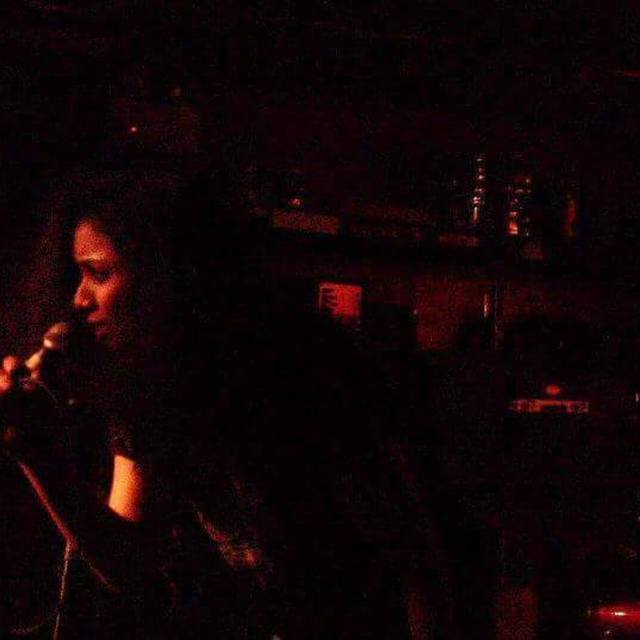 TLDR version:
I've been singing ever since I can remember, however it's not my day job so I'd love to keep it going in quality ways just as seriously.
I'm looking to do one of the below types of projects:
- metal/metal influenced grungy
- ambient/electronica
- acapella (I LOVE arranging)
- backing vocals for soul (<3)
Live shows (local) or recorded both are possible.

Some tracks and WIPs are on sound cloud. Working on adding grunge demos.

I write a bunch of poetry (wordsarefireflies on Insta gram). Sometimes I write songs/songlets.
Can play extremely basic basslines and the jaw harp.

*Extended version*
My musical introductions by genre chronologically:
Trained in Indian classical (carnatic) music from age 3.Spent childhood singing devotional call and response songs, gospel music, some country, pop, as a teenager gravitated to alternative rock, grunge, progressive, doom, melodic, death, glam and other types of metal with clean vocals. I've recently begun getting into jazz, soul and r&b and loving it. Taught myself to sight read by being in a rock choir and subsequently a classical one, I sing Alto.
Various types of world music have always been part of my curiosity. I love Tuvan and Inuit throat singing and would love to use it in something.

Stage experience:
Besides all the singing and band competitions in school and college, I've performed in a group for various radio and TV shows in India, national level fests. In college I participated regularly in putting up shows with different/rotating musician groups based on the project. After moving to the States, I've sung at cultural events in grad school, at work, open mics, with a cover band in NYC.

Studio experience:
I've recorded for school musicals (rather large affair in my school) in professional studios and got an early intro.

Other current projects:
I jam with a friend who writes songs on the guitar and sings. We meet once a week (initially twice) to practice covers/originals and make them our own. We're in our early stages and planning to do open mics soon. This one has a folksy/indie sound.

Audio Technica AT2020 USB mic, pop filter, Shure monitor headphones, extremely basic DAW (not Basic). Can exchange files in various formats. Am able to record without pops and cracks, and add effects. Environmental rumble needs to be processed out professionally for a pro sound at the time of my writing this. However I am able to work with a producer I know as needed. I'm considering moving onto a more standard DAW and maybe my next project could motivate me.