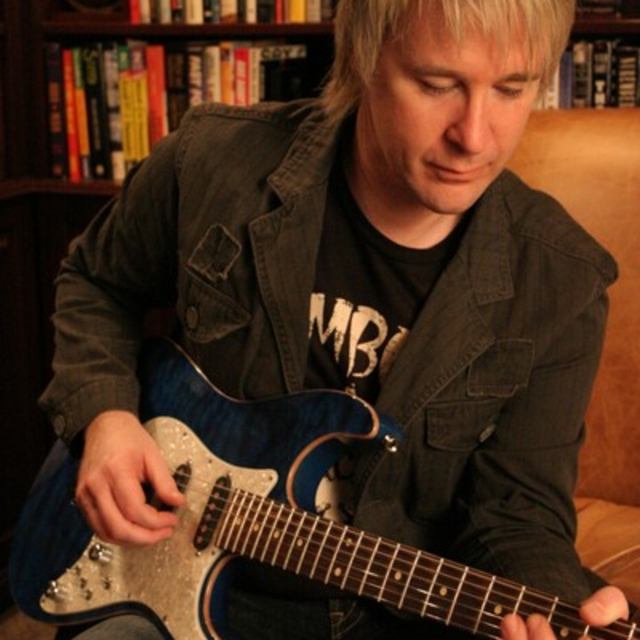 First Order is a progressive rock project ranging from ethereal melodic sojourns to grinding metallic episodes. The compositions draw from a visceral introspective view of composition and musical sincerity that I hope produce works rich in melody, intricate structure, and rhythmic variety. It's my hope that the songs tell a story evoking a range of emotions for the listener. This mind-set produces a musical autonomy consistent with the progressive style I hope is achieved.
The compositions for "Algebra of Light" have thus far been written, arranged, and recorded in a combination of home and production studios. Most of the tracks for the drums, bass, and some guitars were recorded at a production studio in Dallas. However, many guitars, some bass, all keyboards, and all vocals were recorded in a home based studio, either mine or our producer at the time, Rob Shrock. Robs' expertise in sonic engineering, mixing, and production were invaluable. Plus he had great gear and is a superb human being and friend.

At one point the group was well rehearsed and playing shows but when our vocalist left the band due to a move out of state we soon disbanded to pursue other opportunities. I am the only member and writer of the project and I'm seeking a Christian vocalist to collaborate with and complete the projects vocal tracks. There is already enough material for a full length CD and I am continuing to write. There are lyrics and vocal tracks for reference and could be used, however, I would prefer to start the lyric and melody process from scratch with a new vocalist. If you would like to hear some clips with vocals go to .firstordermusic and click on the music page. I have quality recording gear and access to production facilities in which to finish these tracks and complete Algebra of Light....if I can only find the right vocalist.

Thanks for stopping by,

Please go to :///firstorder or .firstordermusic for more information.