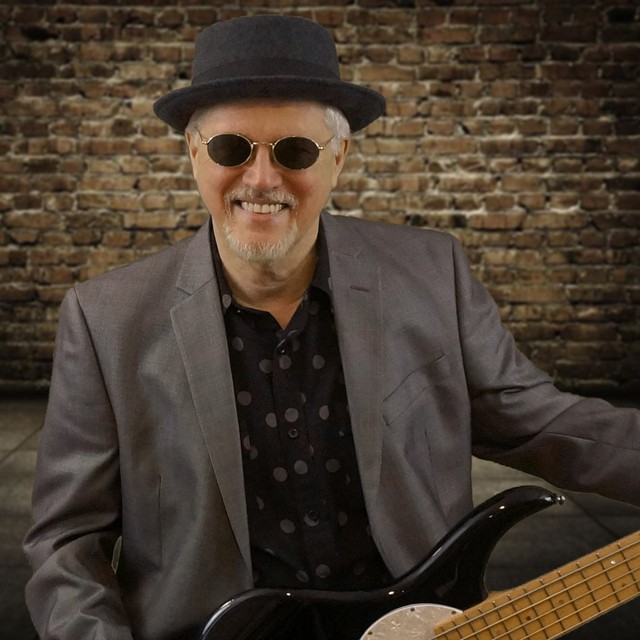 Stage & studio experienced bassist open to professional musical opportunities. A quick study in Classic Rock, Blues, Funk, Motown and more. Equipped for any size gig, with a super clean signal ready for the board. Playing with some excellent musicians in the attached audio and video files. Hope you enjoy them. Headphones recommended.

Replaced the last original member in The Nightcrawlers. Opened for Bob Seger with them. Played ahead of The Allman Brothers in Cincinnati at a huge underground nightclub called Reflections. That evening Greg Allman provided this bassist a never-forgotten piece of musical advice. The Nightcrawlers worked out of Cincinnati through AJaye Agency. Thank you, Mr. Hertzman and Mr. Silverman.

Shared the stage with guitarist Adrian Belew, in a band called Sweetheart, for a couple of years before he joined Frank Zappa. Sweetheart once entertained Steven Tyler, who stayed all night to hear them at a Nashville club called Fanny's. Tyler graciously had the band backstage for Aerosmith's show the following evening and paid for a Nashville Columbia Studios recording session for the band. Sweetheart's original guitarist was Joe Madrigal, an exceptional guitarist & entertainer (see www.madrigalband.com). Sweetheart worked out of Nashville through Cresent Moon Entertainment. Thank you, Mr. Tony Moon.

After Adrian joined Zappa, went to work as a computer programmer for Vanderbilt University.

Returned to the stage in 2006 with an Upstate SC group called 99 Cents. Played with an alternative group called The Jones Machine and an 80's group called The Doc Brown Band. Was a founding member of Fat Cat Daddy, featuring the amazing Mr. Tim Everette (RIP). Next came Hands Down, then Squeeze Play, a 6-piece that expanded to a 9-piece with a cookin' horn section.

Lastly, was a founding member of The Vinyl Junkies, a 9-piece party and event band. Parted in September 2021 due to artistic differences (said in lieu of profanity).

Am now playing with The Funktion Band, a party and event band with a strong Motown repertoire.