Band Free at the Moment + Band in Kansas City, MO 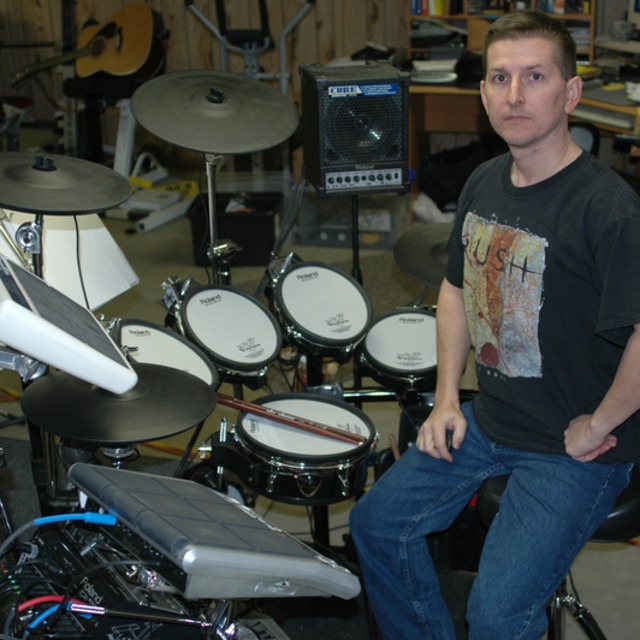 NOT LOOKING RIGHT NOW
Moving to new part of the US.

'Rabbit Hole' WAS my last band and like a dog seeing a rabbit or squirrel it fell victim to a lead guitarist irrevocably cutting his hand at work and a bass player spread too thin.

I have been playing drums since 5th grade (1978) and actually started piano in 1975. First gigging band I played in was in 1986, I sing in a low baritone and last band sang a little less than a 1/3 of the songs. Three of the Four of us sang and traded off. I'm happy with any or no vocal role.

I have a buddy from the last band I was in that plays Rhythm guitar and sings as well who would love to join me in my next musical excursion.

I have typically played in Rock Bands that would gig around roughly one weekend a month and practice once a week.

My schedule for practice would be available on Monday, Thursday and Friday nights. Saturday evening/nights and all day Sundays. I have a lovely little setup in my basement where I've hosted band rehearsal night since around 1993. Mixer, amps, mics, monitors are all setup and ready to go.

I 'like' to use the all for one philosophy on picking songs. All of us like it or we don't do it. At this point I just want to play again and would love to step into something already with a picked list where I would get a chance to pick some songs later OR start all over with a good group.

In the past bands, songs were a bit more edgy/rocked than their original recordings. For instance we did a punk cover of Johnny Cash 'Ring of Fire'. With my keyboard background (though not a full-time keyboarder) in a couple of my past bans that didn't have a full-time keyboardist I used a set of pedal boards next to drums to trigger some fattening sounds when we were a three-piece band.

Lee (Drums-Vocals)
Some keys and some guitar but not what I'm looking to do as primary.