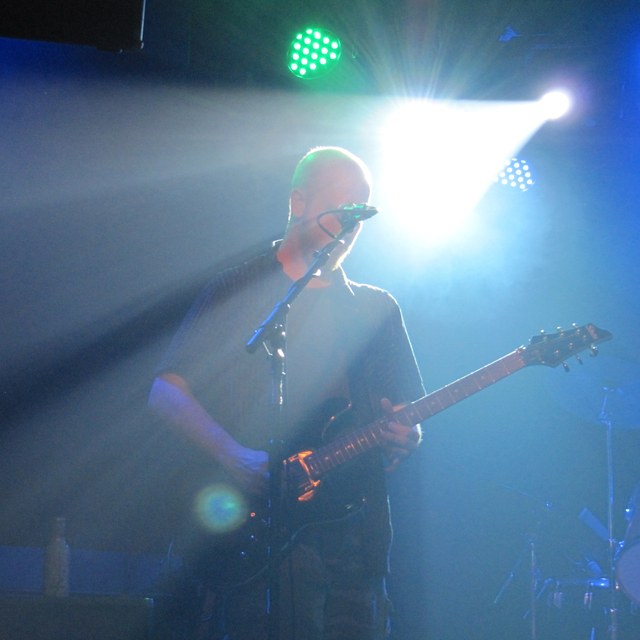 Primarily a rhythm guitarist(w/mediocre lead abilities and can hold my own on bass/drums), I've been in about a dozen bands over the course of the past 25 years. I have a pretty decent amount of live performance experience, playing to crowds ranging from dozens up to a few hundred or so, as well as some studio recording experience(an album and a couple of EPs with a few different bands). I've been a(kinda southern rock-ish sounding) lead guitarist in a death metal band, a guitarist/vocalist for a straight-up modern rock band, a lead vocalist/guitarist for a(Tool-ish sounding) prog metal band, played guitar(or drums) in a few 90s grunge/alternative cover bands, and even filled in for a couple gigs as a lead vocalist for a friend's 70s/80s(mostly metal, plus stuff like Bon Jovi) cover band. I'll try to throw samples up of some of that stuff(probably not the hair metal covers, though lol).

So... all throughout my teens/young adult years, I did that thing most of us probably did: hauled gear to bandmates' parents' houses/rented spaces, set up, practiced for a few hours, broke everything down and hauled it back out. I always dreamed of having my own house w/a basement or dedicated practice space where I could have all of my gear set up and just be able to play whenever. Well, it took me years, but I finally have it.

Unfortunately, I just don't really know any other musicians in the area. We moved here to Warrington about 10 years ago(and my last active project kinda fizzled out around that point, partly due to the distance), and meanwhile, life just went on. So I'm just now finally getting back to starting from scratch and looking for some folks in the area to jam with.

I'll be real: I'm 43 now, with a career and a kid. So my days of gigging 3 nights a week with an ambitious local band are probably behind me at this point(although I certainly wouldn't rule out gigging if a project were to get that far). At this point, I'm basically just hoping to find a couple other people to jam with maybe once a week. No agenda, no ambitions of stardom, probably just noodling/covers/etc. for a while to see if there's decent chemistry(or whether or not you even like me lol). If there gets to be a few of us jamming regularly, and we decide things are clicking and we want to work on originals and maybe even start trying to play out w/them, awesome. But, again, I have no set agenda right now beyond just seeing who's out there in the area and trying to meet up with a few of them to see what kind of music we can make together, and go from there.

And full disclosure here: I've probably got a little conditioning work/rust-kicking to do - noodling around on my own a few times a week is not the same as 2x/wk rehearsals and actively gigging - so don't even stress if you're not super-polished or a little out-of-practice yourself.

TL;DR: I'm a 43-year old guitarist/bassist/drummer in Warrington, looking for folks to jam and zero expectations beyond just seeing how it goes. I play 3 instruments, have a ~2000 sq.ft., clean(albeit unfinished) basement rehearsal space and a bunch of equipment(see list below).

You name it. A couple of specific guys(Gilmour, Cobain) probably hold the largest influence on my guitar playing, but my overall musical influences really are all over the spectrum. To me, "good music" is a mostly-involuntary brain response. If you find yourself unconsciously tapping/humming along to something or thinking about it later on, then it clearly made an impression. I think there's good stuff(and some hot garbage) in just about every genre - and sometimes even good aspects/ideas in some of the garbage - so I've always looked to be influenced by(hopefully the better aspects of) whatever's out there and whatever comes along.

You want to play a bunch of Floyd songs? I'm down. You want to cover some Dua Lipa/Doja Cat/Lil Nas X? lfg. You just looking for someone to lay down a bassline for your remake of a GTA theme song? Let's do it. My typical playlists of stuff I listen to/jam out on look like they were put together by a "shuffle EVERYTHING" algorithm, so if you want to do a wacky setlist with a mix of Tool, Dave Matthews Band, Tupac and Depeche Mode covers, we can give it a go. ;)