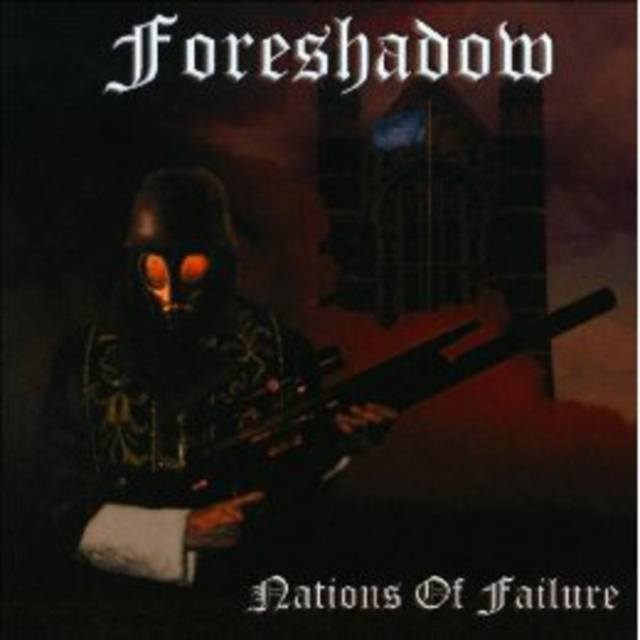 Foreshadow, a musical group that blends the core genres of death metal, black metal, old school thrash metal, and a minute level of metal core, to create their own, unqiue sound, has begun to deliver a plethora of lyrical and melodic genius to the world; foretelling the turn of this generations appreciation of raw music and solid performances. Reigning from their infamous hometown of Tampa, Florida, Foreshadow uses their vocal and insturmental influences to comment heavily upon the lies that have enveloped as truth amongst the general population; specifically regarding the limitations that humanity has placed upon itself, under the surfaces of religion, politics, and various means of propaganda. Influenced by such mainstream artists who include Slayer, Metallica, Mudvayne, and Pantera, Foreshadow has already begun the framework and lyrical landscaping for their debut, studio LP, "Nations of Failure". The album will be released to fans and fellow listeners by Blast Zone Entertainment, and will deliver the group's ideas and collective beliefs that are saturated in a sense of self empowerment and individuality. Recorded at Dow Studios in Seffner, Florida, Foreshadow's debut album spawns an underlying homage to Ozzy Osbourne, Metallica, and the bassist for Primus Les Claypool; all of whom have served as inspiration for various memebers of the band. Band members, Damemon Milstead (vocalist), Aaron Robinson (guitarist), Richard Hudson (drummer), and Jerry "Maggot" (bassist), have been united under Foreshadow umbrella since January of 2008. Individually and collectively, alike, the band in extremely familiar to stage performance. Having opened for international death metal band, Dying Fetus, at The Brass Mug, as well as playing Fall Fest in Miami, Florida. Foreshadow is geared to begin production on a video compilation for their first, album single, Problem, Reaction, Solution. The success of Foreshadow, presently and in the future of the mainstream industry, stems from their ability to avoid the pressures and standards of metal music to dictate their visions and creative high. Ultimately, the group wishes to inform, motivate, and enlighten the mind set of their fans and fellow listeners through collaboration of a cross country tour, which shall promote the unyielding possibilities that their debut album shall present to them as a band, and to individuals of the world