Formerly So + Band in Provo, UT 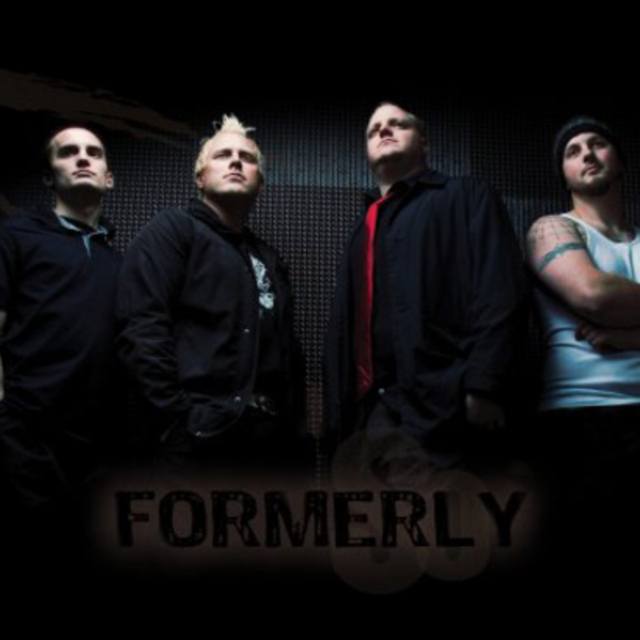 Formerly So began in 2008 when vocalist Brayden Green and guitarist Jon "Blue" Jenkins decided to part ways musically with their pop punk-styled band, in which they had played for some time. They hoped to implement a heavier rock sound with alternative overtones, following musical influences such as Tool, the Dave Matthews Band, Jimmy Eat World, Live, Audioslave, etc.

They tried out several bassists and drummers, but were never able to settle on anybody permanently. However, in early 2009, Jason Stapleton was welcomed into the band as Formerly So's new keyboardist. A few weeks later, Jeff Shurtliff also joined the band, playing the bass. In March, 2009, Formerly So played their first shows with their new lineup, one of which being the Utah Valley University Battle of the Bands competition.

However, the current drummer had already decided that he was switching to a different band, and so immediately the hunt was on to find a new drummer. Tryouts were held and many people applied for the position, but none of them were quite up to par. Finally, at the end of a long day of tryouts, Brian Chamlee showed up with his wife to play alongside the band. The entire band was blown away at his talent, as Brian had mastered his drumset so well that he knew exactly where he could strike on any cymbal or head to produce a particular tone. Needless to say, he was taken onboard as Formerly So's new drummer.

With the roster of band members finally complete, Formerly So quickly began to thrive, writing many new songs and playing shows all over the state of Utah. With the different backgrounds of music coming from the various members of the band, the style of music slowly began to change until it had become as it is now: A progressive rock-like style with its own unique blend of powerful vocals, signature riffs, and untraditional drumming patterns.

Yet, as the band began to progress, the group underwent a few more changes in membership. Jason was called to serve a two-year, full-time mission for the Church of Jesus Christ of Latter-Day Saints in Russia (which was later changed to be Romania) and he took a leave of absence from the band in the summer of 2009.

he band continues to grow and progress musically, playing many shows, releasing their debut full-length album "Disappointment is Control", and even placing first in the College of Eastern Utah Battle of the Bands competition. New music is being written, and old music is constantly being improved, providing the guarantee that every person that sees them live will receive a unique experience no matter how many times they have been to Formerly So performances in the past.

Our Lady Peace, Live, Audioslave, 30 Seconds to Mars, Incubus, Roger Clyne and the Peacemakers, Story of the Year, Coheed and Cambria, Muse, etc.