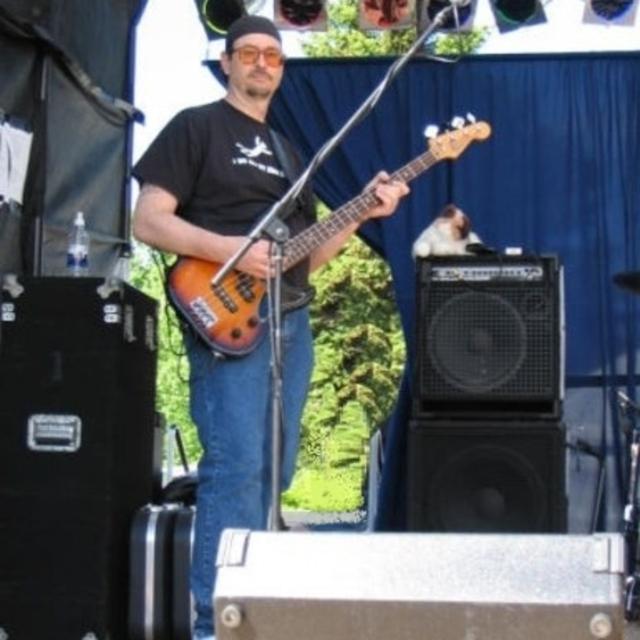 Frank Fogg has been around music and recording since he was a child, performing as a bass and guitar player. Starting out as a street singer in Cleveland, Ohio, he has performed onstage throughout Ohio and Pennsylvania for over 25 years with a number of Rock, Rockabilly and Country bands including The Long Shot Band, Led Foot Lytnyn, Sonixxx, Lynn Chapman Band, The Freed, Target, Saturnâ€™s Reign, State Line Band, The Influence and T.C. Free in addition to solo performances in North Coast coffee houses and jam nights.

He is currently the driving influence behind the Reaction 7 band, an alternative recording group with a variety of international releases, and manages the indie record label Very Generic Productions. The Frank Fogg official fan website is located at - ://frankfogg

Influences? Well....tastes change over the years.

Oh....musical influences! I get it

Well, as a kid I liked the British Invasion stuff like the Rolling Stones, etc. Seriously, its hard to grow up in a bedroom next door to drunken musician parties (which I did for awhile) without picking up some of their stuff too! I also got an opportunity to pick up on the Mexican radio stations while living in the trailer park in Scottsdale, Arizona for awhile.

Later, I worked on the campus radio station where I got an early exposure to some off the wall stuff like Atomic Rooster, The Good Rats, Velvet Underground, MC5, Deep Purple (early)....well you get the drift.

Military life first heavily exposed me to country music including Roger Miller, Hank Williams Sr. and Freedy Fender. Later opportunities led me down to the path to the Long Shot Band, where I stayed for awhile and played about 150 shows doing outlaw hillbilly music. With a songlist of over 300 songs, you either sank or swam.

In the wonderful age of ipod and satellite radio, the choices are more diverse. I'm currently listening to modern alternative rock on either satellite or local stations with side visits to modern and classic punk.