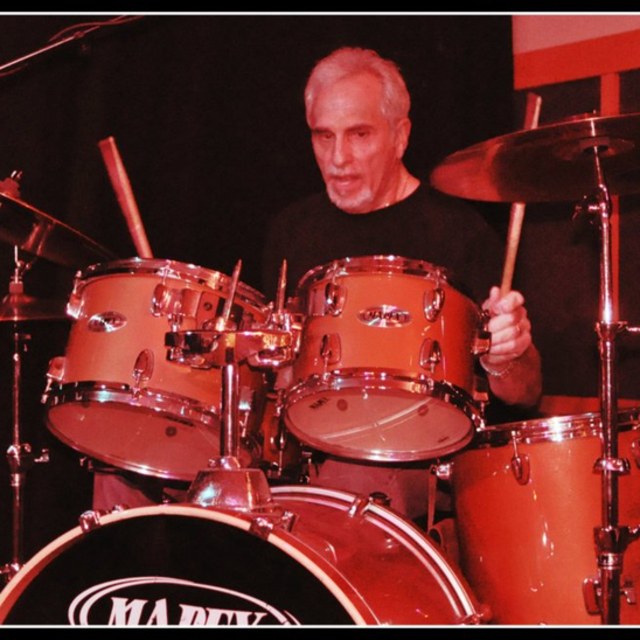 Drummer from New York City with over 50 years playing and band leading experience.

Known for professionalism, technique and ability.

Can play varied styles of music from Rock to Funk to Country to Jazz to Swing Standards to Show tunes in varied settings.

Can sing lead and background harmonies.

Played drums with Gold Standard up until March 2018 a band of tried and true professionals playing a mix of classic R & B and dance tunes guaranteed to get you partying.

Played drums with the Darryl Armistead duo up until April, 2018 which plays a mix of jazz, standards, rock and party tunes.

Played drums with Chicago OGD up until April, 2018, an organ, guitar and drum trio in the mold of Jimmy Smith and Charles Earland and Jack McDuff.

Played drums with Swingsets/ Moonlighters up until March, 2018 an ensemble that plays pop rock, jazz standards, R & B in their own easy listening style.

Played with The Fabulous Memories classic rock group up until September, 2017.

Occasionally played with the Bruce Williams Band which plays an eclectic mix of blues, R & B and original tunes.

Played with the Dave Hoffheimer Band from February of 2012 until September of 2012. DHB plays house rockin' blues.

Band Leader for the Lord of Glory Lutheran Church Praise Team in Grayslake, IL from 2002 to 2005. Primary drummer from 2000 to 2005 covering a wide variety of contemporary Christian praise music with styles ranging from pop rock to country and classical hymns with a beat. Recruited, auditioned and scheduled musicians and singers, researched and implemented new praise songs, and organized special services (Christmas, Easter, etc). Worked with the Music Director on choir and special music performance integration into contemporary worship services.

Primary drummer with the Antioch Evangelical Free Church Praise Team in Antioch, IL from 1996 to 2000.

Played drums and sang with a club date band called The Turning Point. Vast variety of styles played to suit each occasion. Programmed a Linn drum machine to augment the drum set for percussion tracks.

From 1974 through 1979 played drums, sang, toured the USA, and was band leader for Rubber Rock, a pop rock/ show band known for a variety of styles including disco dance music. Acted and sang the lead part of Danny Zucco in a mini version of Grease with this group.

From 1972 to 1974 played drums, sang and toured the southeast with Bristol Cream, a pop rock band that featured Jon Washington, an English singer from the Fortunes.

During the 70's recorded at Sound Heights Studios in Brooklyn, NY, and was one of the house drummers there during the 80's. Played drums on Colleen Heather's solo disco album. Recorded drum tracks and Linn drum tracks with artists like Arrow from Montserrat who was the original writer of Hot, Hot, Hot covered by Buster Poindexter.

Studied drums with renowned drummer Bernard Pretty Purdie from 1976 through 1979 at his studio in NYC. Purdie is a well known studio drummer who has played on over 3000 albums. He has played with Aretha Franklin, Steely Dan and James Brown plus countless others. Bernard Purdie is probably the biggest influence on my playing style.

From 1979 through 1984 studied with Stanley Spector at his school in NYC. Stanley Spector is known as a classically trained drummer who designed his own curriculum for teaching jazz drumming and improving one's ability to play good time.

BBA in Marketing from Baruch College of the City University of New York.

Gigging kit is a Gretsch Catalina Club set with Pearl hardware and A Zildian cymbals. Home practice set is a mixture of classic Slingerland and Tama Drums, Zidjian and Paiste Cymbals. Also have a Gon Bops Fiesta Cajon along with a Chromacast direct drive pedal and assorted hand percussion and 2 mics for the cajon. Assorted mics for micing the drum kit. Just put together a suitcase bass drum kit.