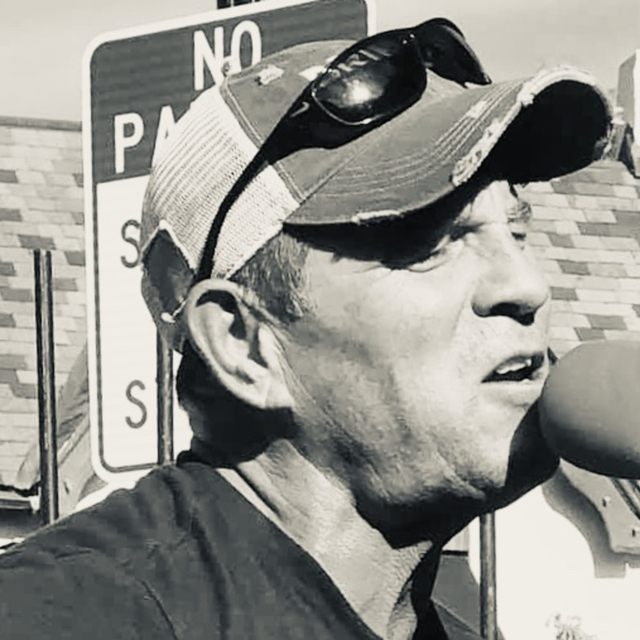 Looking to start a Duo, or Trio. Practice then rehearse together! I don't believe in drawn out practices......Good Rehersals are more fun and productive!

Six grade through eighth grade Saints Peter and Paul grade school Decatur GeorgiaPiano lessons with Sister Peter Thomas
Sister also directed the band that she started and I played glockenspiel
Some guys and I started a rock band called Black Led ... not too shabby.

Freshman year high school Saint Pius X
Mr. Jim Disney was the band director and I was introduced to playing the bass drum in the marching band
Learned all brass instruments in by February I was second chair trombone

Met Mr. John Chambers band director at Libertyville high school and he tested me out in a few instruments and I became a Sousaphone/Tuba player, marching band and orchestra” and got pretty good at it... Second chair…..again!

Tinkered around with a piano and guitar for about 10 years.....
And then didn’t play anything for about five years ..Kids Rugby, flag football, coaching the greatest athletes in swimming …….and everything fun!!

Back to Libertyville...
with a couple great years meeting some fantastic friends and musicians running an open mic night..with the great band AND THEN SOME???????? we played in the Florida Keys, Richmond Virginia, the Four Season in Chicago for the governor. And played a few times in my favorite local gig hall, Mickey Finns!!

Now I am feeling the love of music my soul and in my heart... Crossing that red line….As my journey has begun again????

And the people responsible for this are my parents! By the way Dads has been the greatest piano player you ever want to hear!! Ask those that have!!
I am loving what I am doing now! I am blessed
Thank you??
UF

Just Me????
I’m looking to lead a fun band! Current Country hits and everything else. Looking for an experienced bass player and a percussionist male or female and background singing harmonizing or singing your own songs would be OK Too!
I have a huge set list I’d love to be able to collaborate a great show