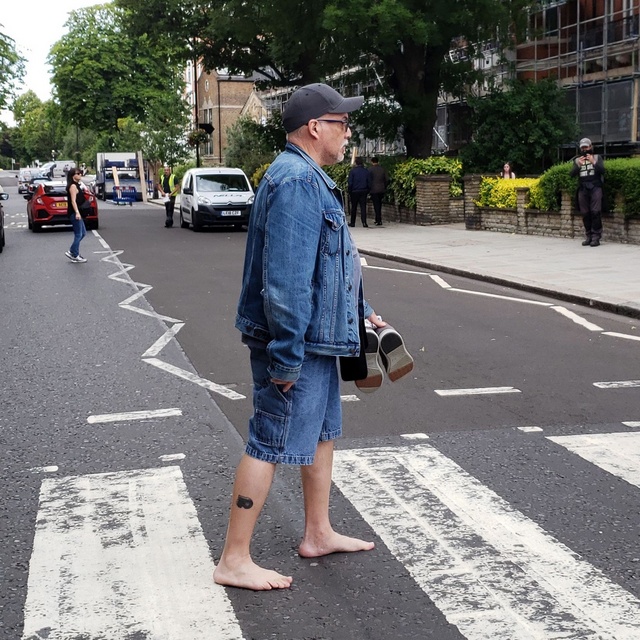 I'm able to sing lead as well as harmony vocals, have what I guess would be considered a tenor with alto possibilities voice. I favor recording to performing but have done my share of live shows, both in a band and solo. The music file, Let Me Know, is a copyrighted original of mine from around 1989-90. It's just me and my Yamaha F-35 open-mic on an old Shure and 10 watt Vox amp.

Right now, I can say I'd love to be in a band who does songs by some of my favorite female artists, like Aimee Mann/Til Tuesday, Indigo Girls, 10,000 Maniacs, etc. That said, I grew up on Motown and The Beatles (my profile pic is of me crossing Abbey Road), went through Kiss & Elton John phases in the early to mid 70's, Sabbath in the late 70's before finally broadening my horizons when I first heard U2 in about 1980. I really discovered Pink Floyd when The Wall came out, though I quickly came to love their earlier stuff much more. Those would be most of my musical "phases"- now I am influenced by just about anything I consider worthwhile.