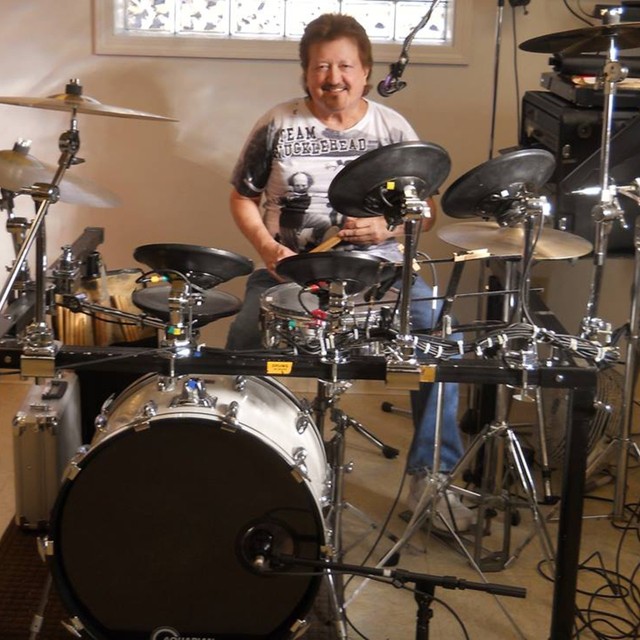 I've played drums since I was 14 years old. The most notable bands that I've worked with were Carnival (House band at the Red Rooster / Harty's Pub in the 70's), Sebastian (Two original members from Pittsburgh's own Fenways / Racket Squad, Sonny Di'Nunzio and Ron George that had several hit records like "The Loser" and "Walk", Gimix, Looker, and lastly D'lux from 1988 till 1996 and worked a great deal with Rich DePaulis at General Talent Associates in Pittsburgh for bookings (He is still there and has heard me recently and can vouch for me). I had been sitting in with an oldies band and had also been running their sound when needed. Now that I've taken an early retirement from my day job I have the time to play again. I can sing lead and have a second tenor voice (Neil Sedaka, K.C. and the Sunshine band, Kool and the Gang, BTO,U2 some Styx and many more). I am willing to work with any age if you don't mind mine, but I really only want to play 60's, 70's and 80's dance, classic rock, and good vocal oldies as this is what I really like and prefer to play, and definitely have NO interest in playing blues,HARD rock, heavy metal or punk. The pics are of some of the bands that I've been in thru the years, and the video was just done this February (2016) at a party with my newly updated drum kit. All of the recorded songs on here are with me singing lead and playing drums, and with the exception of Ain't Knowbody Gonna Love You (basement studio) and the video, were recorded live on stage by me directly from my Yamaha mixer. I have recently hooked up with my good friend and keyboard man from a previous band and we are going to be playing small clubs as a duo mostly on Friday nights. He is still playing in an oldies band which is a trio but only plays mostly two Saturdays a month, so I still have room in my schedule for another band that is looking for a fill in on Saturdays and whatever other days I can do between my duo dates. If interested you can reach me at t-bird and freddie on f a c eb o o k since bandmix will not allow me to post my email account.

White Yamaha 5 piece kit with Audix mics. Kat pads and also Ddrum triggers on the entire set for using sampled sounds from my Yamaha PTX8, RX7 drum machines and Akai digital sampler. A Yamaha 8 channel mixer with an external Alesis effects unit for my drum mix, and a new Yamaha 1300w DSR 115 speaker cabinet.I have recently bought a new Roland TD-4 Vdrum kit that sounds great and is about the size of a table chair but is a complete 5 piece set including a high hat and two cymbals and sounds as good as or better than any miked drum kit I've ever heard! So portable and small that I could fit into a closet and play them and set up in less than a half an hour. This makes a total of 4 drum kits that I have to choose from with unlimited sounds to use.