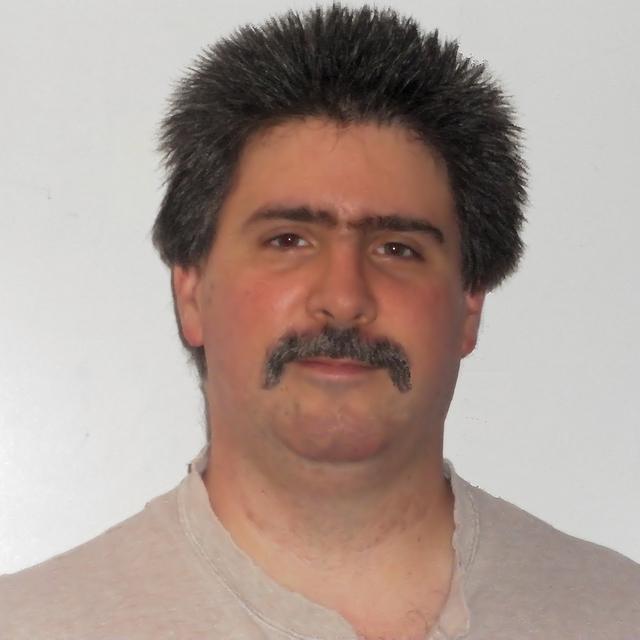 Hi! I'm a keyboardist looking for some people to form an all-original (no covers, except maybe to fill out a live set sometimes) band with. I'd prefer to form a new band with people from scratch, but if you've got something already put together I'd consider it if it was new enough - I'm not looking to learn 50 songs that I wasn't involved in writing in other words.

I was previously in a moderately successful prog rock band in New York in the 90's named Cydonia as well as a few other bands over the years, but I've been in PA for 20 years and haven't really played with anyone in that time so I'm looking to get back into it with some friendly people who aren't necessarily looking to be the Next Big Thing - but who would take it if it happens! - but are thinking about getting some things done and not just playing in a garage for fun (think writing, recording and playing out with real intent, but all at a leisurely pace, no big pressure).

I'm not gonna lie, I'm probably a bit rusty at this point, but, my chops tend to come back fairly easily once I get into playing regularly, which is where finding some people to work with comes in. I can sit at home and write my own stuff and fiddle around as much as I want but there's nothing more exciting and fun then bouncing ideas off each other, creating material together and building something as a team. It might sound a little corny, but I love that experience and it drives me!

My playing style is probably closest to Kevin Moore in the early Dream Theater days, but my thought process is that a keyboardist in a prog/symphonic rock/metal band should mostly be about creating atmosphere and building up the sound while letting the guitar lead most of the time to get that heavy sound that I like. I think these days they tend to call in "symphonic prog", and that's probably not too bad a description really for what I try to do as a keyboardist. It's more about mood and evoking emotion to me rather than being the center of attention, put it that way. I'll solo when it's appropriate and certainly if we're doing a piano ballet of course I'll be out front, but I prefer those to be the exceptional songs rather than the rule. Check my influences to get a fairly clear picture of what I mean (I hope!)

That said, I've got a very wide range of likes and influences to varying degrees, so if you want to just play some Daughtry-esque pop-rock, or whatever they call it, I'm down for that too. Wanna do a Tangerine Dream-esque instrumental? Cool. Hell, you wanna do some country? Okay, hard sell, but I won't say no immediately! As long as everyone digs what we're doing I don't so much care what style it is... but, I do tend to like somewhat heavier stuff (though I don't usually like the growl stuff) that has a really full sound to it, that's the key.

In fact, here's a list of some of my current favorite songs, and this is the kind of stuff I usually am trying to sound like:

Circus Maximus: Game of Life, Last Goodbye, Loved Ones, Wither, The One

Dream Theater: Outcry, Another Day, In The Presence Of Enemies Part 1, Learning To Live, Wither

Note that while I'm in my 40's, I'm a pretty young 40 (as my wife says, I act like a child!) and I've got no problem at all playing with younger people. The first band I was ever in actually had everyone in their late 40's and I was only around 20 and it was perfectly fine. I also have no problem playing with women, I'm not one of those "only guys can make music" dudes. As long as we get along, respect each, have a similar enough musical vision and of course want to have fun being creative together then none of that stuff matters one bit.

If you'd like a little more about me generally, including some more about my history as a musician, check out my personal site at zammetti *dot* -com-