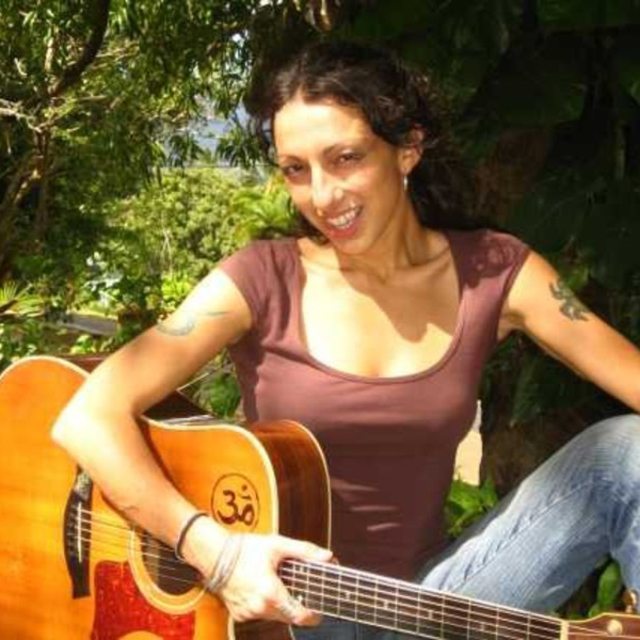 Born in Philly and raised between South Jersey and Central Florida, Gina Paiano is an accomplished, self-taught singer/songwriter/multi-instrumentalist who recently relocated to the Orlando area from Kauai, Hawaii. Her style is as colorful as it is diverse, with a wide range of genres in her background, from folk & bluegrass to alternative rock & roll, and all points between.
From her early years spent traveling the country performing as one half of a folk & bluegrass duo called “Cabin Fever” to later years spent living in New York City’s lower east side fronting a five-piece original rock band called, “Dilaudid”, to still later fronting an original funk rock trio with her father, Vince (drums), Gina Paiano has run the gamut of style and genres in her nearly 20 years of writing, playing and performing music.

Today, Gina is primarily a solo acoustic performer, though she is interested in joining forces with a couple like-minded musicians who can compliment her songs and sound, and whose own sound she may have something to add to.
She would ideally like to have her own songs backed up with vocals and a rhythm section, but she is open to a chemistry based union were EVERYONE writes and creates harmoniously.

I currently only have 3 acoustic guitars (two have electronics - A Taylor and an Alvarez. After moving to and from hawaii, I had to give up a lot of heavy gear. But it is all re-obtainable....