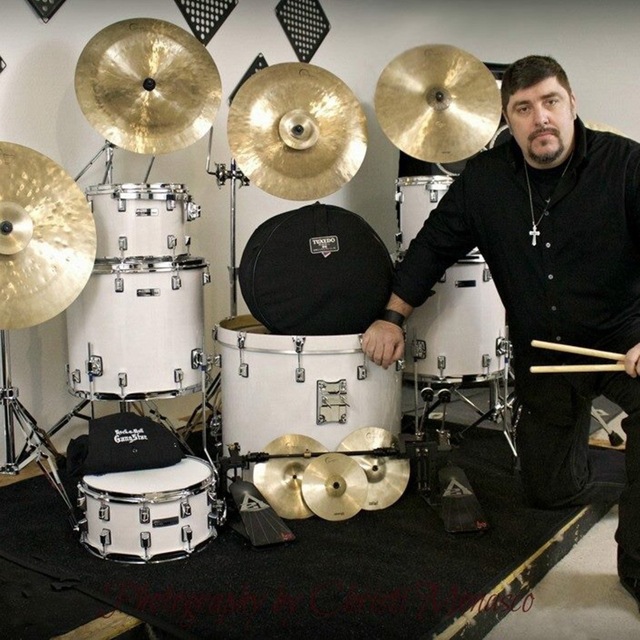 Drummer with 25+ years of experience in Rock and Metal, living in the Greater Memphis TN area.

I am looking either for a touring act needing a solid drummer capable of playing to a click and with tracks on stage and in the studio. Or for like minded musicians - either needing a drummer or willing to start a originals project or a cover band, with a SOLID drummer.

I am known for playing' in the pocket' AND am capable of the speed of double bass when needed - while still having the innate ability to slow down and rock a groove whenever it is called for.

I have been endorsed by a Cymbal company for 6 yrs, Taye for just under 1 (my 3rd drum endorsement), Axis Pedals, Humes & Berg cases and Rock-n-Roll Gang Star Wear for 1.5 yrs, and Kickport, Los Cabos drumsticks and Rimshot Locks for 6 mths. So, I lots of have PRO-level gear.

I have my own transportation, my own Jam-Space and a lot of dedication.

I would prefer musicians in their late 20's to mid 40's that have their own PRO-level gear, their own transportation, plenty of time to practice, capable of writing originals, and are also truly dedicated to playing quality music.

Additional information about me:

I began playing drums at 15. I am an ex-soldier (13 yrs Army Infantry). I am a native of Jonesboro, AR, though I ended up; by way of the Army; in Upstate NY.

I have been playing around in and around Memphis for 4 years. I played in Upstate NY prior, for nearly 13 yrs. I have national tour experience.

Bands I like and am influenced by include (several genres):

I have years of experience playing Rock (classic, southern and hard rock) and Metal.