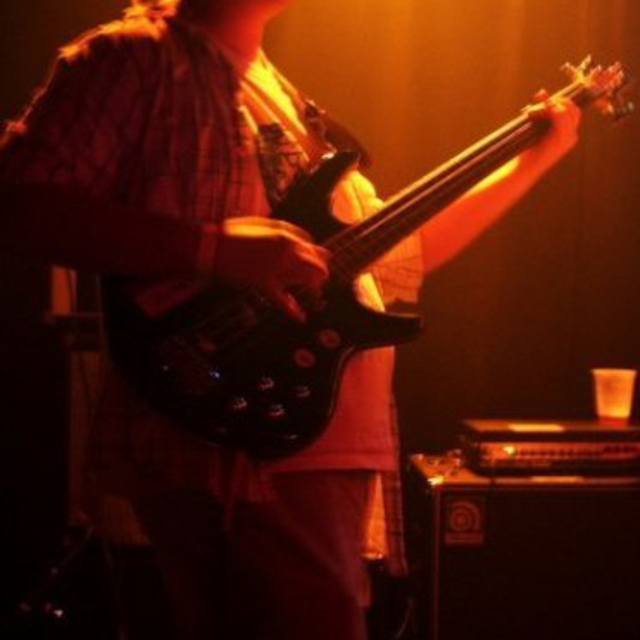 *THE SONG ABOVE IS FROM THIS BAND* (SORRY, DON'T HAVE ANY OTHER DEMOS YET BUT NOTE THAT THIS WOULDN'T REALLY BE THE SOUND WE'D GO FOR PROBABLY). I'm playing bass and I wrote most of the music/co-wrote the lyrics.

Hello. This is probably gonna be REALLY long but - I'm looking for any musicians to start a band and/or studio project and/or anything. Doesn't matter what gender, race, religion, class, short, tall, what you look like. It doesn't matter what you play or if you're good. I don't care if you just started learning the clarinet - if we have similar tastes, and we get along and you're open to experiment, we'll make it work. (Actually, clarinet might be preferable).

I'm 22, a hardcore music nerd and am currently in a 3-piece called The Nonstop Mint (://./thenonstopmint) where I play bass/guitar/sing/harmonica. *AGAIN, THE SONG ABOVE IS FROM THIS BAND* (SORRY, DON'T HAVE ANY OTHER DEMOS YET BUT NOTE THAT THIS WOULDN'T REALLY BE THE SOUND WE'D GO FOR). I'm playing bass and I wrote most of the music/co-wrote the lyrics. We play all around Philly. I think we're alright, with the potential to be good, but my band members don't have enough time to practice, play and experiment. We're going on a break for a while but I can DO 2 BANDS AND/OR PROJECTS!

Anyway, I want to start something crazier/unique/more open-minded. I think most bands aren't very good or are mediocre and take themselves too seriously. Don't get me wrong, I'm not saying music isn't good anymore; there's a lot of awesome local and not-local bands but there is a lot of Black Keys-ish blues, sh*tty (not a put down) punk, retro-soul/funk/blues stuff or tuneless noisiness - all of that is well and good but I'd like to hear/play something different.

I guess maybe I'd want to go for is weird, experimental punk stuff (like Red Krayola, Pere Ubu, Model Citizens) but with a soft spot for pop music. As much as I like all this crazy sh*t, there's NOTHING better than just a catchy pop song. My favorite is when they're combined. I'd like to do free-jazzy stuff, with horns preferably. I would LOVE horns and/or woodwinds. And synths. Then like weird studio stuff like Renaldo + The Loaf. But who knows? We can do anything.

Don't know how many people we're looking for. Could be a 2-piece, could be 13. Any instrument you play, let's try it.

Also, don't know if this would be a band that would play gigs or just studio stuff. Who knows? You want to only play while we score silent movies? I'm down! Want to try Eno-like Oblique Strategies in a cabin out in the woods? Awesome. I don't mind playing in bars and clubs but it'd be cool to play other, more interesting places. Not sure what.

I have a PC, which sucks 'cause I want GarageBand. I've been trying to demo stuff on Audacity by plugging my guitar direct into the mic socket in back. Wish I had a MIDI controller. Anyway, we could even attempt an e-mail back and forth thing. Down for whatever.

I play bass (adequately), guitar (poorly), sing (somewhat adequately), drums (horribly), keyboards (awfully), harmonica (horribly). I'm trying to learn more theory but it's very boring and I have a short attention span. I learned everything by ear and I'm pretty good at that.

I don't have a practice space, or car. I'm in Northeast Philly but I can take the bus anywhere. I don't have a job or anything but I'm an intern for the Philly edition of The Onion's A.V. Club, on the web and in print. I'm trying to learn even more about music (especially newer stuff) and get better on my writing (maybe, start by not writing too damn much!). I'm also broke.

I don't care if you drink or do drugs. I don't (not that I haven't or I'm straight edge) but as long as it doesn't have a bad effect on the work, I don't care. I've been in bands where someone is fu*ked up all the time, at practices and especially at shows, and it's fu*king embarrassing. Nobody can play well when they're falling asleep on stage.

I'm pretty reliable and am good with getting shows, contacting other bands, getting gear shares together, all that managerial crap. Not in it to make money or anything. Usually in my bands, all the money we make as a band, we save for more gear or expenses. We don't have to do this. I know a whole bunch of bands and venues and whatnot.

Again, not in it to "get big" or become rock stars. If people we don't know come out to shows, I'd be extremely happy. As long as the music is good, I'm happy. Not trying to look cool or act like dicks. I can't do either, so that's out. I think bands take themselves too seriously. No sense of humor? This is supposed to be fun, man!

Send me any links to music you may have done, if any. Even if you don't, send me a blog or something. Anything.

Hope I didn't leave anything out.

Also, if you got this far, thank you!

You contact me at garymuffins just let me know you're from BandMix in the subject so I don't just think it's junk mail and delete it.

I'll leave out the stuff we all like and put down the "weirder" stuff. And check out my videos, I posted some of my favorite songs/sounds I'm influenced by:

- Ibanez Gio bass (with flatwound strings)
- Danelectro Dead-On '67 re-issue guitar
- shitty "Stargazer" guitar (only use to practice at home)
- Fender Rumble 150 bass amp (I also use this for guitar)
- smaller crappy bass amp
- Boss DD-20 - Digital Delay Pedal + other pedals (tuning, volume, distortion)
- Sonor drum kit (it's at my other band's practice space so we could use for shows but not for practice, unfortunately)
- Stylophone
- theremin (cheap light sensor one)
- ocarina
- harmonica set (9 keys)
- crappy Casio-like keyboard (it's very crappy)