THE GEEKS + Band in Atlanta, GA 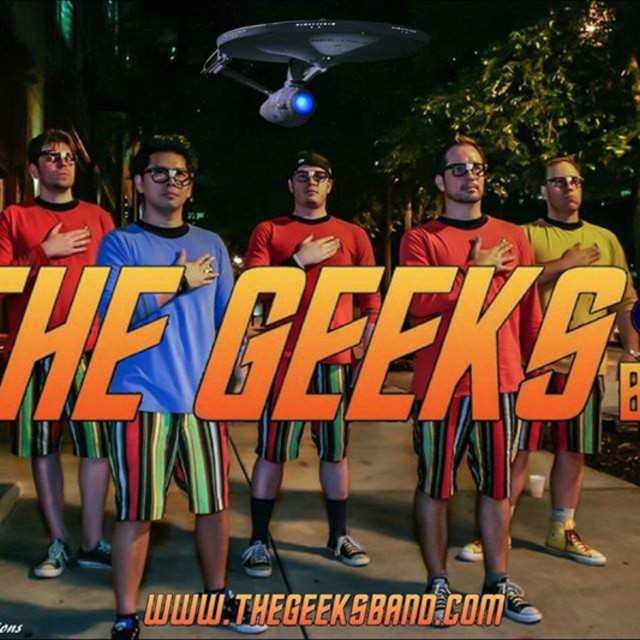 Looking for MALE OR FEMALE keyboards / vocalist CAN NOT TAKE YOURSELF TOO SERIOUSLY . This is a fun and PAYING gig .. Need a dedicated individual and would NOT have to front band or sing all tunes .

When’s the last time you heard any cover band start their second set with “Alright stop, collaborate and listen” and then proceed to break into a medley of Ice Ice Baby, Girl You Know It’s True and U Can’t Touch This? Those “guilty pleasure” songs are the foundation of each and every Geeks show. And when you see and hear The Geeks perform these classics, you can’t help but jump, dance, sing, shout or all of the above.

Looking for a dynamic pro keyboardist/ lead vocalist/co-frontman CAN NOT TAKE YOURSELF TOO SERIOUSLY . This is a fun fun gig . Need a dedicated individual - not a hired gun music mercenary.

What started out as a local cover band dressing up for Halloween turned into the increasingly popular, highly in-demand, party rockin’ entertainment outfit now known as The Geeks. Within months of their decision to change the band name, start wearing goofy costumes and create a fun but rockin’ stage show, The Geeks quickly built a loyal following in Midtown Atlanta. Soon after, they began getting numerous requests to entertain at weddings, corporate events and other private parties and they have since performed at various Atlanta festivals presented by Atlanta Beer Festivals, Rock 100.5 and USA Entertainment.

The Geeks have a knack for consistently delivering a fun-filled, action-packed, party-goer experience every time they take the stage! How? Check them out and you’ll see! In addition to catching them at some of the most popular bars and clubs throughout Metro Atlanta, you can also book The Geeks for your own private party, wedding or corporate event. Just check their gig schedule for the next show and get out there! Because once you go Geek, you’ll jump outta yo seat!