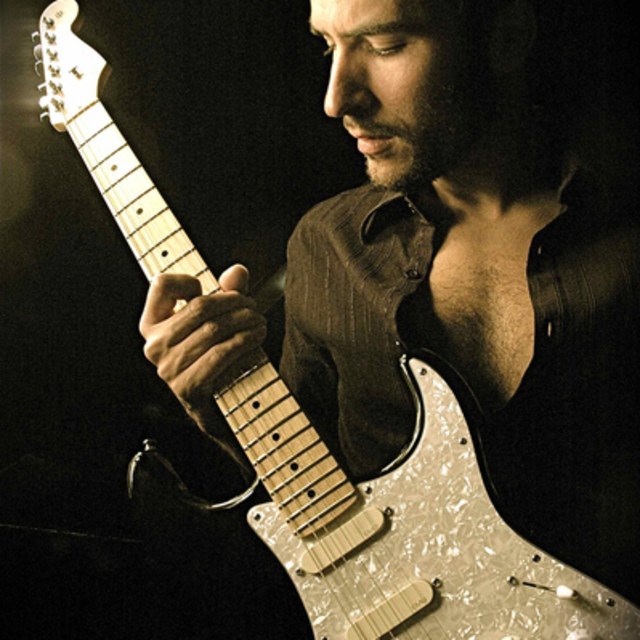 After having graduated at the Academy of Jazz in Paris, Geoffrey makes his own experience playing with numerous groups in Parisian, Belgian, and Swiss clubs.

But in 2007 he comes back to his first one love: Rock!!!. He becomes the musical artistic director of a band in a live lounge bar in the heart of Paris, and joins numerous sessions in studios , concerts and radios with many other artists .

In 2009 further to a journey to Nashville he decides to create MILK with Tiphanie DOUCET and becomes a real composer, really fond of country style!!

In March 2010, they decide to come back to the USA, in Los Angeles, and manage to perform live at the famous "Whisky A Gogo".

The public is so enthusiastic that they play again there 2 days later. The public shows himself enthusiastic and is very sensitive to their freshness, their universe and their authenticity.

Geoffrey is now in Los angeles.