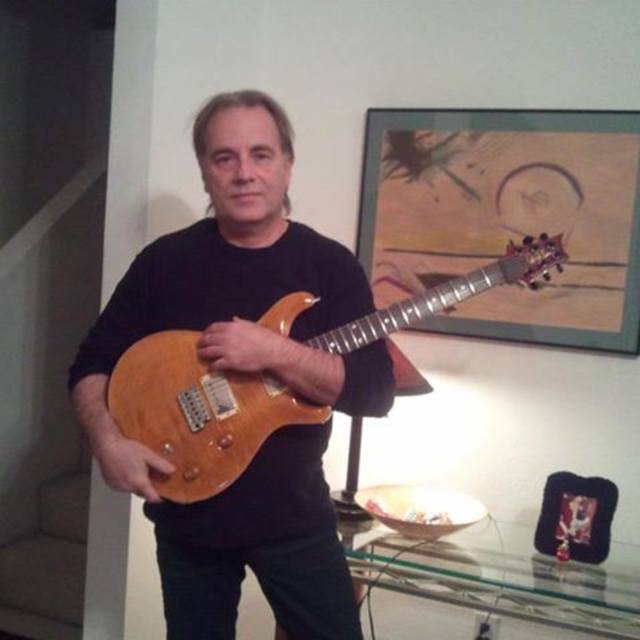 George Christian is a pro guitarist, composer, instructor,studio session musician, all guitars all styles Fusion, Latin, Smooth Jazz, Jazz Rock and Blues
George was born in Greece, where he started studying classical guitar at age 10.
He has performed in orchestras in Greece with famous composers, and his own Fusion band, "Flash Band."
He moved to South Africa to study at Dave Brubeck College where he performed with famous Fusion artist Jeff Rush. A few years later he moved to America to study at Berklee College of Music, in Boston, MA.
There he studied Jazz composition, arranging, re-harmonization, and performance, performing throughout his studies in a variety of bands of many musical styles.
George Christian with his band has performed at McCallum theatre and IW club in Palm Springs.
At McCallum theatre George has performed at opening shows for Pat Metheny , George Benson ,Keiko Matsui, Jesse cook , Sara Gazarek,
David Sanborn ,Kenny G , James Taylor, Dave Koz, Chris Botti , Al Jarreau , Patti Austin , Basia, Herb Alpert /Lani Hall , Katharine McPhee and others.
In New York has perfomed at Blue Note club,
in Los Angeles has performed at House of Blues, Roxy, Fourteen Below ,and many other venues with his Band ."George Christian band".
He has worked for the producer David Foster and as a session musician at Metronome Studios.
He is been teaching as a guitar and music theory instructor at *five star music school *Cleandale California
Most recently he appeared at the Zonda Club of Los Angeles and was a featured performer at the United Nations Day Celebrations of the 50th Anniversary of the Universal Declaration of Human Rights. George's Latin compositions were featured in the TV Documentary film W.E "Single in South Beach" September Films.
SKILLS: Sight reader, composer in all styles of music, improvisation, stage performance.
EDUCATION: Berklee College of Music.
./hotguitarz