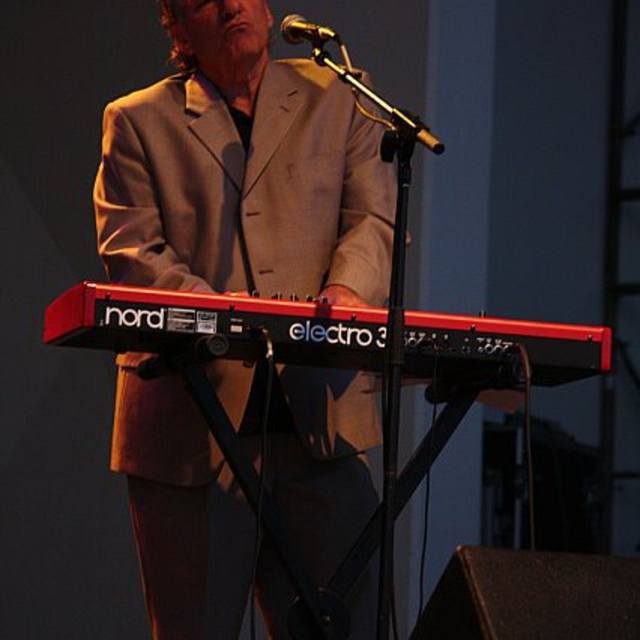 Bio for “Mr. George"… Harp, Keys, Vocals. Studied percussion and piano at a very early age. Went to music school as a caddie at Yale Golf Course. Instructors were also caddies and also future Do-Wop stars such as “The 5 Satins”, “The Nutmegs” and the “Academics” Watching and hearing them sing sweet harmonies in the “caddie shack” during slow times was a great musical education. None better
Eventually played drums at some shows with the “5 Satins” during my teenage years. First heard the “blues” in Chicago in 1967, Butterfield opening for Muddy. That was it man, there would never be another love. Once you get bitten by that blues snake you’re poisoned for life You’re in it, for better or worse
1970’s played with G. E. Smith (Sat. Night Live Fame) and Scott Zito (wrote an album for Gracie Slick), also the late great amp builder “Little Caesar”. 1976 played with a 10 pc. horn funk, blues band named Top Shelf, touring the East Coast
1977 Studio work for Atlantic records. 1980 Keyboard, harp, vocalist for “The original Dr. Dirt and the “Boogie Blues Band”
1989 Opened a nightclub on the West Coast of Fl. Called the Koko Club featuring fine dining, jazz, blues and comedy. 1994 Reunited with “Dr. Dirt” and toured the South playing at major “Blues Fests” such as Tampa, Charleston among others. Also played major blues clubs in Fl.
Also backed up Roy Gaines (original guitarist for T-Bone Walker) when he was in the south..
1997 Moved to Jacksonville, Fl to manage T-Birds nightclub/restaurant on Southside Blvd. Hosted many national recording artists of all genres. Too many to list. Featured and played with many up and coming “blues artists” such as Debbie Davies, Shemeka Copeland, Tinsley Ellis, Derek Trucks and the unbelievable Skeeter Brandon. Also re-united and played with with the late great Buddy Miles and was offered a spot in his touring band.
While still residing in Jacksonville played with the Stormy Weather Blues band and Toots’ Lorraine and the Traffic.
Open to all musical genres. Obvious favorites are blues, jazz of all eras, Motown and funk.

Delta blues, Chicago and most modern blues. Too many individuals to mention