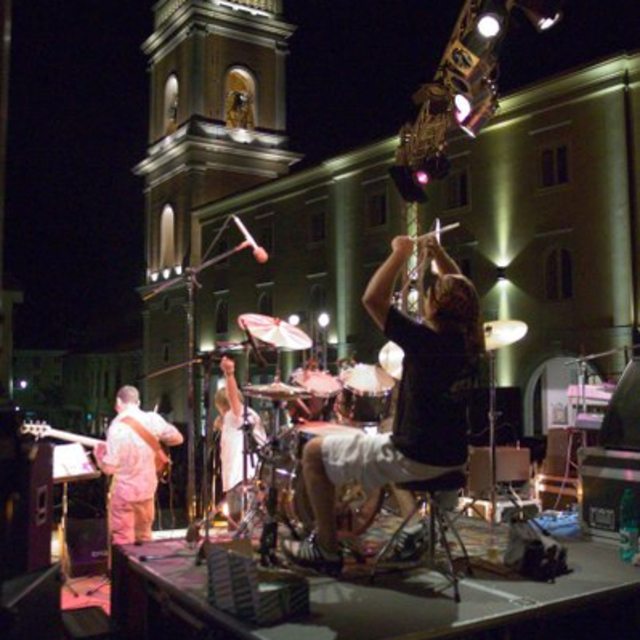 I started listening to music at an early age. My father is a bass player. At age 16 I began taking lessons as a drummer. Two years later, I began playing in my father's band. I have had many experiences performing at large events ie: (weddings, parties, festivals). After 8 years, I started working with other bands covering (disco 60's / 70's cover band Coldplay and band funk / blues).
For many years I have organized tribute festivals in Italy, incorporating Beatles music and other bands from that time period. I also have experience in the recording studio involving the mixing of vocals.

I grew up listening to music from the 60's and 70's. I think this is the best music, I am highly influenced by artists such as Sting, Stevie Wonder, Earth, Wind and Fire, Phil Collins, Joe Cocker, The Eagles, James Taylor, Ray Charles, The Beatles, Incognito, Pink Floyd, The Rolling Stones, Toto, Simply Red, Santana, Lee Ritenour, Eric Clapton, Red Hot Chilli Peppers, George Benson and all styles of Italian music.