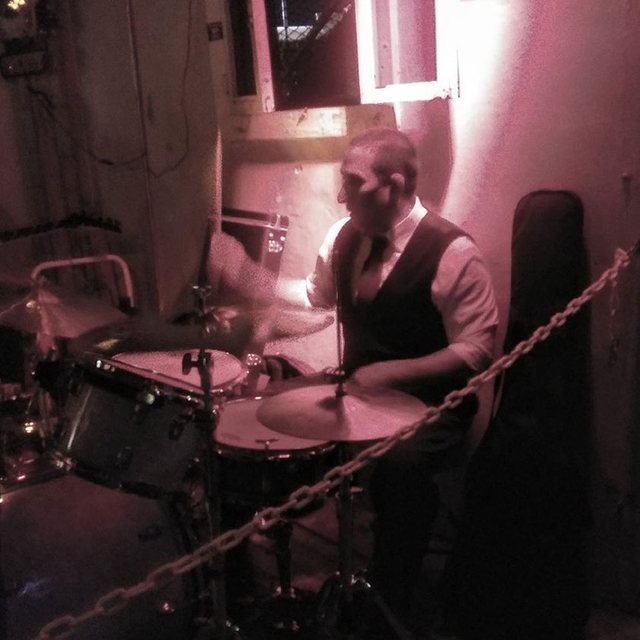 Gino Macias is an experienced and dynamic drummer that has been on the San Antonio and Austin scenes for many years. He grew up in the NE part of Austin, and due to the cultural environment of the neighborhood, was brought up listening to many different styles of music. Blues, Soul, Jazz, Gospel, and Hip Hop were the musical flavors of his youth. The rhythms from bands like, Earth, Wind & Fire, Confunction, The Gap Band, The Commodores, The Isley Brothers, and James Brown, or Blues Artists like Muddy Waters, Charlie Patton, Blind Lemon Jefferson, Michael Bloomfield, Paul Butterfield, and Robert Johnson allowed him to naturally progress as a drummer. Soul Artists rhythms from the likes of Curtis Mayfield, Otis Redding, Etta James, Aretha Franklin, Lenny Williams, Motown, Muscle Shoals & Stax were some of his favorites to play.

After spending a year and a half with the popular country group, Horizon, Gino decided to leave music and concentrate on a college degree. While in college, he joined the popular, Deja Blues Band, out of San Antonio, all the while playing many pick up gigs and sessions around Texas. After graduating college and returning to Austin with a Business/Marketing degree, Gino was asked to join the up and coming Latin All-Star group, Acustyka!. The band released the critically acclaimed Sunrise to Sunset CD, which led to a weekly live show at the popular Iron Cactus North. During his tenure with Acustyka, Gino also performed with, Ojo Del Sol, James Thomas, Flaco Jimenez, Orange Jefferson, and Pamela Allen, as well as, many others.