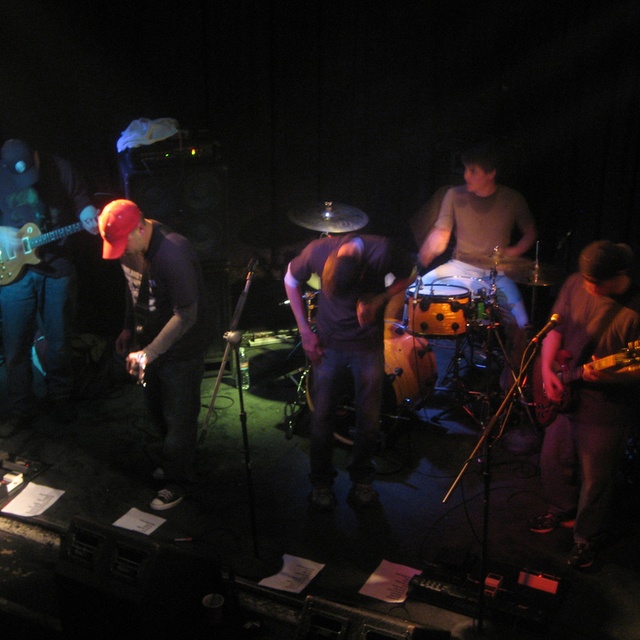 Four-piece rock band together for at least 5 years. We are all in our early 30s and have professions outside of music. We enjoy making original music and the occasional cover song. We do this for fun, but we like to play live and record whenever possible.

We're seeking a keyboard player who can be an integral part of the music. Too often the keyboard in rock bands is relegated to redundant parts too low in the mix. We're not interested in that.

We're looking for someone we enjoy hanging out with, who can make it to practice reliably, and who can contribute to our practice space rent.

You'd get a different answer from each of us, honestly. But we enjoy various artists in all manner of rock, punk, metal, country, blues, and hip-hop genres. We play rock music.

We have more than enough equipment for ourselves. You would have to provide your own keyboard equipment. We do have a P.A.