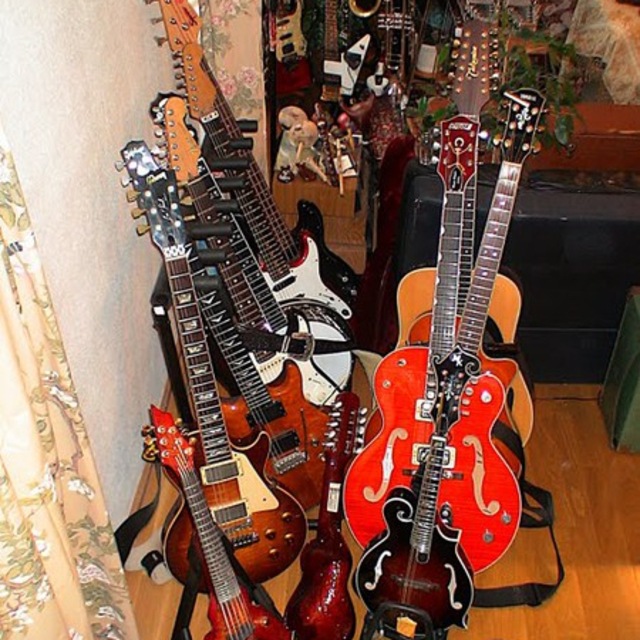 I had well over 2,000,000 hits, well over 250,000 "friends" and over 2,000 subscribers on my now "permanently disabled" be channel. There are some folders up on PICASA with some of the live music videos that they took down:

I have spent most of my career singing and playing in bands (touring 5 continents - mainly the U.S. and Europe - 40+ countries - with national acts like Bertie Higgins - "Sailing Away to Key Largo" - and Dennis Yost of the Classics IV - "Spooky", "Stormy", "Traces of Love" etc.).

I have also been giving private lessons for over a quarter of a century. (Mainly I strive to teach/encourage a life-long, passionate love of music, playing and performing.)

THE 5th MOST VIEWED MUSICIAN IN THE WORLD!!!

"Fantastic!! This is really great!"

"this guy is amazing! i've been watching his videos like all day. One of the most talented guys i've seen"

"vocals are unreal as others have said"

"you've got a great voice"

"do you do any bon jovi covers,your voice is like jons"

"Wow! That's a great video! With great music too!"

"Great song! And the video is hilarious"

"cool song are there more?"

"Holy good God... That's insane... You are definitely one of the greatest "

"All of the positive comments here are well-justified. you are so awesome! :)"

"You are so talented, it is amazing."

"definitely the best cover of this song i have EVER heard, i really give you props for that! EXCELLENT JOB!"

"You are so talented, it is amazing. What an inspiration."

"Absolutely fantastic cover. In some ways even better than the original. Keep it coming."

"Somehow I find this as the best cover of "Comfortably Numb" all over be. Your voice is far beyond beliefs and I find it kind of funny; how you manage to do it so perfectly. I'm sure PF is, if they heard your cover, full of jealousy. I don't claim or state that your version is better than the original. But this cover is special, mayhap a masterpiece. I think I just fell in love with your art. Keep it up, you are good!"

"wow man that was f***ing perfect, while i was reading the comments i forgot this was a cover and i thought i was listening to the real song"

"whoa! that is by far the best cover of this song ive ever heard."

"You guys did the best cover of "Would" that ive ever heard..be it, internet or at the bar...awesome job..keep it going!!"

"Awesome...You guys are as good as I have heard also..Keep after it."

"this has got to be the best cover AC/DC ever!!"

"U must b paying people 4 these comments."

(THOUSANDS of more comments on be!)

I wrote, produced, engineered, sang and played every instrument on almost all of my recordings - they're really just demos (live is another story - for more info on the musicians playing in the videos go to my be page!)

THE 5th MOST VIEWED MUSICIAN IN THE WORLD!!!

Please join some of
MY MY SPACE GROUPS:

Please search for graffjamie or James Graff on:

Please rate some of my covers on:

PLease rate and support my latest blog on
SQUIDOO on Happiness and Health:

Thanks!
In the past I have PLAYED WITH:
-----MOTOR Voted Best Hard Rock Band and Nominated for Best Cover Band in Florida (Population 16 million) by XS Magazine Readers, CD “Screaming Bloody Motor” Sold thousands of copies, Videos for the singles “Reptile” and “Pedal to the Metal” are still being played on cable television all across Florida and received airplay in the US and Europe
-----Kirk Kelsy-producer/live sound engineer for
CREED: “Arms Wide Open”, “Higher”
-----Kenny-A.K.A. "GINGER FISH" Drummer for
MARYLIN MANSON: “Sweet Dreams”, ”The Beautiful People”, “The Dope Show”
-----Mike Mangini-Drummer for
STEVE VAI, ANNIHILATOR, "World's Fastest Drummer" - Mike holds five Guiness World Book of Records
-----“Drum” Phil-Producer/live sound engineer for
THE STEVE MORSE BAND
-----Lead Saxophone Player for
FRANK SINATRA (I don’t remember his name but he was the best horn player I have EVER heard!)
-----Dennis Yost-Singer/Songwriter for
THE CLASSICS IV: “Spooky”, “Stormy”, “Traces of Love”
-----BERTIE HIGGINS: World-wide Smash Hits “Sailing Away to Key Largo”, “Casablanca”: Key Largo blew a hole in the U.S. charts. When it reached number one in the nation, the world took notice and it went on to become an international hit. Other hit singles followed like Just Another Day in P aradise, Casablanca and Pirates and Poets. Casablanca became song of the year in all of the pacific rim and the album hit double platinum. Bertie Higgins became an international recording star literally overnight. He is in the Rock and Roll Hall of Fame in Cleveland and the Georgia Music Hall of Fame in Macon.
-----THE HATTERS signed to Atlantic Records with Adam Hirsh and Adam Evans with special guest Blues Traveler's John Popper
-----Lori Miller-Singer/Dancer for EXPOSÉ: Top 10 Hit “Seasons Change”
----Jamie “King” Colton-Singer/Song Writer, Saxophone/Keyboard/Guitar Player: Recorded and toured with DION and wrote the Top 40 Hit“Here Comes The Judge”
----Robbin Fox: “I See Stars”-----
----Roger Ramsey from Splint in Boston
----"Drum Man" Nat Barouch [://.drumman] multitalented songwriter/singer/drummer (and website designer) for Nobody's Fault, Mad Hatters, Signal Zero, Higher Ground, Rockstreet, etc.
----Gary Schutt [.garyschutt]--songwriter/ virtuoso--working with Jeff Scott Soto[.jeffscottsoto] who was the real "voice" on the soundtrack of the movie "Rock Star" (My Brothers Nickname for me)
-----House of Games-Official opening act for WASP's World Dominator Tour 2006 touring Europe-Germany, The United Kingdom, The Netherlands, Sweden, Finland-
------AND COUNTLESS OTHERS!!!

DRUMS/PERCUSSION: Bonham, Buddy Rich, Mike Mangini (I knew Mike when he was playing a four piece kit - snare, bass, high hat, crash - LEFTY in a pub so small the roaches had to stand up on two legs to get by each other!!), Dave Weckl, Kenny drummer for Marilyn Manson (I don't know his name now that he is in MM but I used to play with him in the Boca Raton Dirty Moes houseband called Nightshift (or better known as NightSH!T) - he sang and played electronic drums - totally turned me onto them - Manson is still ripping him to shreds, making fun of him on stage: just like the leadsinger, Greg, used to do in our band!!)

BLUSE HARP, HARMONICA, CHROMACTIC HARMONICA:
Inspired by a few great friends who really blew: Dirk Gilbert former frontman/harmonica player/guitar for south Florida's MOTOR (Voted Best Hard Rock Band and Nominated for Best Cover Band in Florida (Population 16 million) by XS Magazine Readers, CD "Screaming Bloody Motor" Sold thousands of copies, Videos for the singles "Reptile" and "Pedal to the Metal" are still being played on cable television all across Florida and received airplay in the US and Europe), "Hurricane" Hirk of the Belmar duo Jr. and Hirk, JASON RICCI: the BEST harp player I have ever heard - I saw him and his band "New Blood" at the blues club on bleeker in the village - he played a 40 minute harp solo and the last twenty minutes of the solo was accompanied by a standing ovation from the crowd!!! And of course the greats: Big and Little Walter, Sonny Terry, Sonny Boy Williamson, Paul Butterfield, Stevie Wonder....

I have the very best of most musical equipment (the best portable PA on the Jersey Shore, 15+ guitars, 6+ guitar amps...)

Pretty much you name it:

GUITAR RIG:
For a quick description of my guitar rig (I know... call me an ADDICTED gear FREAK):

For solo gigs I usually just play my Tom Anderson Drop Top Classic into a Boss ME33 (or maybe a Sansamp or MAYBE my Marshall TSL 2000 using the balanced "Direct Out").
BUT for band gigs I'll take 1-3 of my guitars (and MAYBE my pedal steel or electric violin/viola/cello):

George L cables (throughout) INTO
(All in a GATOR GIGBOX)
Multi channel looper which true bypasses EVERYTHING into the amps
- in the loops of the looper:

(OR for really big shows):
stereo out INTO Lehle D. Loop (stereo amp selector) to either

Sometimes on one of the guitars:

(and for bigger shows INTO)

For more info ...(you masochist)...and some PHOTOS and more details on ALL my equipment:

Some EQUIPMENT PHOTOS AND LISTS on
James Graff.com