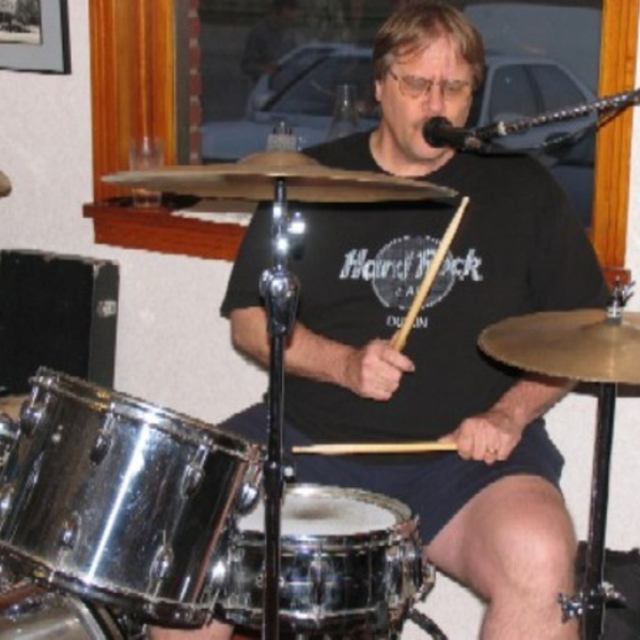 I've played in rock, blues, and country bands for nearly 50 years. The past few years I was the drummer/vocalist for a rock/blues band in the Kansas City area called Sorta Blue. Previously I was a drummer/vocalist for the band 427 in the Toledo, OH area. Prior to that I was drummer/vocalist for the Kathy Sullivan Band and Fragmented Minds in the Wichita area. Both were classic rock and blues bands. While living in Oklahoma I played drums and sang for country/rock bands Wingin' It and Catalyst. In high school and college I played drums and sang lead for Medusa, a blues/rock band.

Slingerland drums (1973) with DW pedals and hardware and Zildjian, Paiste, and Sabian cymbals.