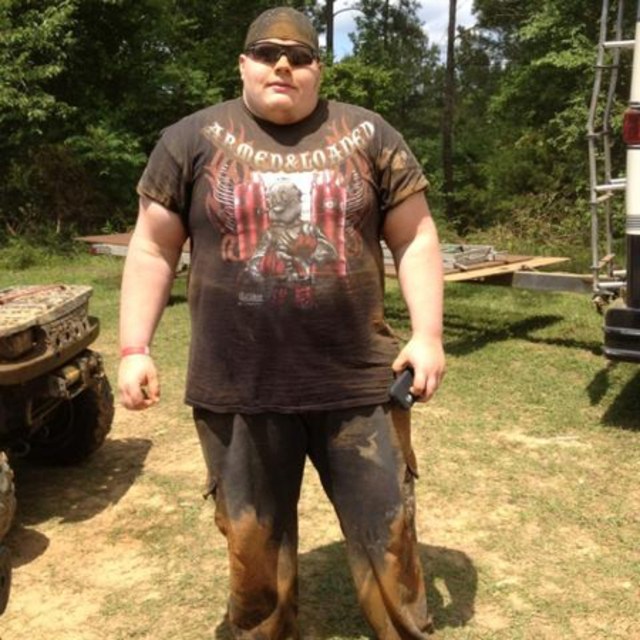 I moved here from Memphis, Tn to work for Toyota. with a rotating shift schedule my availability changes every 2 weeks, but I'm free pretty much every saturday and sunday. I was born in 88 but I feel like I shoulda been born in the sixty's. I was in the band in high school which is where I learned my classical music appreciation. I was a broadcasting major in college I took several voice and diction classes. I can rock the mic like poison and axel, I can tear the roof off like ozzy, I can honky tonk like Trace, merle,and George, and so much more. I have the ability to learn songs quick and follow different rhythms. I grew up on the front seat of a blue 84' f 150 listening to classic rock with my dad. I'm not saying I'm perfect for you and your band but I have no fear to
audition. I look forward to a chance to work with you. Contact me to set something up.

If it came out before 1995 and wasn't complete crap chances are I was influenced by it. Artists include; acdc kid rock lynyrd skynyrd Queen journey foreigner kool moe dee grandmaster flash run dmc aerosmith boston kansas the who the beatles guess who wild cherry warrant I've been influenced by just about everything.

I have a small personal epiphone amp. I have two spare bedrooms in the house I rent and my nearest neighbors are an acre away. I have resources that I can sink into supplies when and if I need them. I'm not sure about the acoustics but with the space it's a perfect place to practice in.