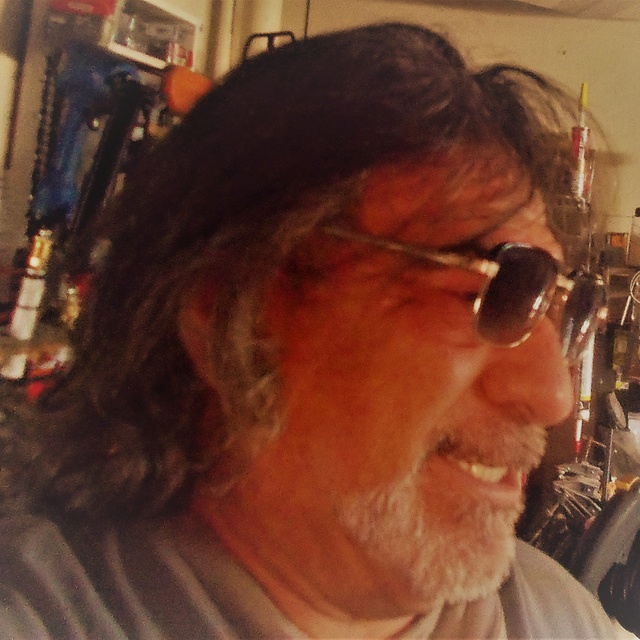 GREGG PEPITONE-SINGER SONG WRITER MULTI-INSTRUMENTALIST.
_____________________________________________________
~"I began playing drums when I was 7 years old, not having a drum kit of my own, I played on pales and coffee cans or drums borrowed from a friend of my brother. I started playing piano when writing songs wasn't feasible from a drum set. I was 14 years old at the time, we didn't have a piano at home, so I sneaked into all sorts of places that had piano's or organs. School's and churches provided unauthorized sanctuary to practice and teach myself how to play...to learn the sounds coming from the keys ..suddenly there was this whole new world for me, to express myself, to escape in, something I could connect with that made sense...that ate up the isolation and social awkwardness I felt"~

In 1978, Gregg decided to put a hold on his musical interests which turned into a three decade break from music when he began serving the next 4 years in the US Navy.

~" After high school, friends that shared their interest in music were going off to college or moving away...I couldn't find anyone to play or work with, everyone was moving on to something else...everything was changing, bands were dyeing out and disco was the upcoming thing" ~

Later, after the Navy and now married with 2 children, he began honing a career as an Operating Engineer and worked as a Union Crane Operator to support his family. He was totally uninvolved with music or anything music related throughout the following consecutive decades.
In 2007, Gregg retired from his profession as a crane Operator and moved from the New York Metropolitan area to North Carolina and began a full renuevation of the home he bought with his current wife Sandra. In 2010, Gregg returned back to music after a more than 30 year hiatus, a small music room was built inside the house for him to work on ideas. Striking a strong friendship with the proprietor of a local recording studio in Taylorsville, NC, Gregg embarked on countless sessions recording material and the ideas he had worked on at home.

~"The studio, Harry's studio, was a home away from home, I spent many days, nights and hours there recording and fleshing out new ideas...I would get so lost in time."~

In 2018, Gregg built a separate building on his property that would become the home recording studio he currently uses.
He would much rather be titled as a player, dismissing the term of being a "musician" due to having no academic training or even a rudimentary knowledge of music. Gregg has struggled with depression, dyslexia and Asberger's Syndrome most of his life although any clinical diagnoses did not come until later as an adult.
Despite the constraints from learning and processing disabilities, he is self taught on a variety of instruments such as drums, guitar, piano, organ and harmonica.
Gregg has written- (choses to say "created rather than written")- hundreds of songs and recorded 4 CD's,

~"I like to network with other musician's and singers who can help me take my music to other levels given whatever project or direction I'm trying to take that best and uniquely expresses the theme or ideas on a given track or within the concepts of an album.
If my music resonates with them in any certain way and they feel their input would add something unique and beneficial, I welcome that."~

Whatever resonates and inspires me