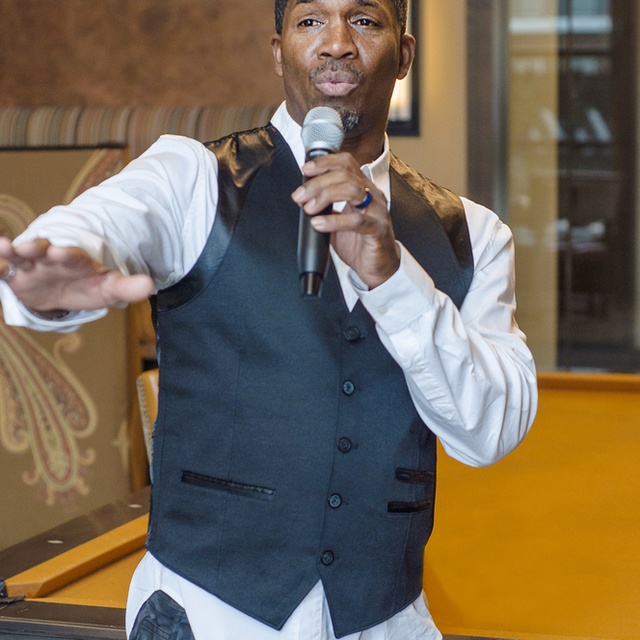 Gregory Hawkins, known as SirGreggo! released his debut single "The Swallows" in the fall of 2016, much to the excitement of his already sizeable fan base in the DMV area. With the single expected to be a success, the exciting, unique sound that he has made his own is certain to gain interest from across the world. Maryland vocalist, producer and songwriter, SirGreggo! has distinguished himself as a musician with great versatility and insight since the 80’s. His unique style and smooth sounds has become a favorite to fans locally.

Growing up in a talented musical family meant that different forms of music always surrounded SirGreggo!. After realizing that making music was his main goal, he began to showcase his talent in various venues, playing at numerous gigs and making sure that his name and music were being heard by as many people as possible. He was quickly noted for the unique style that he brought to the traditional DC scene, and his popularity began to grow. Although his recognition steams from band and solo performances locally, SirGreggo! has also performed at the Apollo in New York City.

With his songwriting, producing and arranging skills, he continues to explore different ways to perfect his craft and spread the message of hope and perservance through his music. His catalog of talents not only includes vocals but expand to keyboard, bass guitar, drums and percussion. His songs provide a combination of his exciting guitar playing and mellow vocals, with a rhythmic undercurrent that bears testament to his talent, and is punctuated throughout with elements of neo-soul, jazz, pop and R&B. “I am the source of my own musical experiences. It comes from a place of observation, hopes, trials and most of all, living life.”