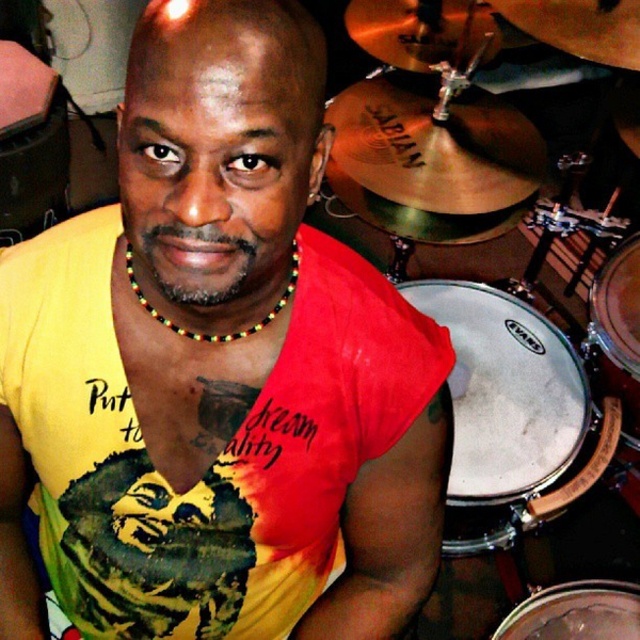 Russell A. Worrell (a Native New Yorker, Jamaica Queens), was born February 22. Russell began playing the drums at the age of 6. At age 11, his mom enrolled him at The Long Island Institute of Music, where he studied under Mitchell Cohen, a great jazz drummer in his own right. As a youngster, Russell co-formed & played with "Me & My Friends", which was one of the popular bands out of the Jamaica Queens area. It was with this experience that he was surprisingly introduced to his own singing voice. As the son of Bernard "Pretty" Purdie, Russell also spent those early years, along with his mom & sisters touring with King Curtis & Aretha Franklin & even sitting in at the Filmore West show in Detroit at the age of 14. Russell became a studio rat, hanging out with (Dad) Purdie at the various studio sessions:{Donny Hathaway, Roberta Flack, Aretha, Grady Tate, Steely Dan, Etc.}, while listening, learning & absorbing the approach to the drumkit, as it applies to groove, technique, keeping time, & playing with dynamics. His first professional gig came at the age of 15. Since then, Russell has applied his style of groove drumming in studio and live situations for over 30 years.