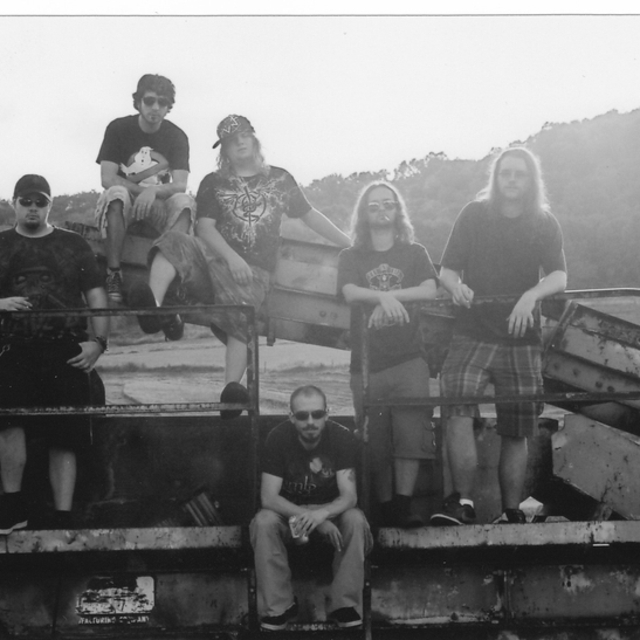 Guilty of Destruction was conceived in the fall of 2005 in the small city of Richland Center, WI. After losing the original singer to back surgery, guitarist and backup vocalist Thomas left rhythm guitarist Jeff Levy’s side and grabbed the reigns as the new front man. Shortly after that Thomas’s younger brother Jon was brought in to run samples and perform backup vocals.
That December the band played their first show at Dayton Hills, a local bar. The bar filled with metal fans and exploded into a mosh pit. The reaction was amazing. The crowd was instantly transformed from merely bar patrons, to Guilty of Destruction fanatics.
Following the first show Guilty’s original bass player left the band. With a new bass player the band returned to Dayton Hills the following summer. With another great show and incredible response from the crowd came more bad news. Due to personal matters the new bass player no longer had time for the band. With no hard feelings Guilty said goodbye to yet another member.
Around that same time another local metal band, Barred in 50 States disbanded, and in 2006 Guilty picked up their old bass player, Josh Cooke. A few months later they decided to get a second guitarist. Josh’s former Barred band-mate Dan Wheelock was a perfect fit. For the next year and a half Guilty of Destruction practiced and performed at “the Hills” and at outdoor parties every chance they got.
In the early winter of 2008 Guilty lost another member, their drummer, to back surgery. But from this devastating loss came a pivotal gain. 15 year old prodigy drummer, Trevor Davis. Finally after multiple member changes, and 3 years growing in the womb, a very ready and confident Guilty of Destruction was born.
Since then Guilty has written two albums, and with their “if you book it, they will come” attitude, continued to astound patrons of local clubs from La Crosse to Madison. With help from Grey Wolf Sound whenever possible, still playing Dayton Hills a few times a year, Guilty of Destruction always delivers to their constantly growing fan base.
Proof of their local celebrity status can be seen on t-shirts and tattoos worn by fans from Wisconsin to New York.
The band is in the process of recording, and is on a mission to take Guilty to a professional level, and if obtained, promise not to disappoint.