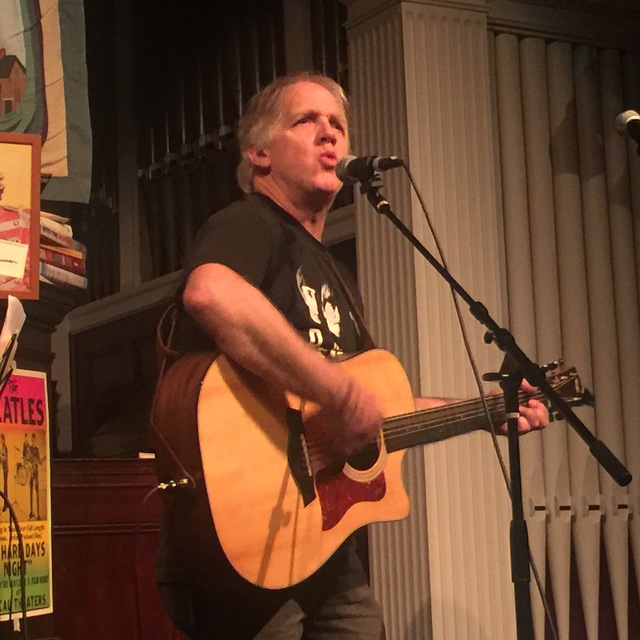 Hosting a new acoustic open mic at Muddy Waters in Methuen every other Wednesday 7:30-10:30.

Currently looking for a mostly- acoustic act (solo, duo or trio) that is looking to expand their sound - I can add guitar (lead and rhythm), bass, keyboards, ukulele and more.

“It’s Rock and Roll!” That’s what Boston-area songwriter Mike Birch answers whenever someone asks what type of music his latest album is. “Did anyone ever ask what genre a Beatles album is? A Todd Rundgren album?” Just like the music from his early influences, Birch’s music includes everything from piano ballads to harmony-laden acoustic guitar tunes to heavy guitar hard rockers.
As a child of the 60’s and 70s, starting with the Beatle’s first Ed Sullivan Show appearance, through the Woodstock generation and early (pre-disco) 70’s rock like Deep Purple, Alice Cooper and David Bowie, all have had an effect on Birch’s songs. Listeners have made comparisons of his songs to those of Neil Young (a fellow ex-pat Canadian), Tom Petty, and America.
’40 Years of Life, Love, Happiness and all of those things’, Birch’s first album of original songs, was released in 2011, his second album, ‘Peace Freedom Sanity Serenity’ came out in late 2013. ‘Empty Pages and Lost Songs’ debuted in December, 2015, 'Fact and Fiction was released 2016 and his 5th album 'Love and War was released on October 15, 2018. Like the other albums, all the vocals and instrument parts are done by Birch.

Currently facilitating a local Songwriter Circle group that meets once a month in Nashua, NH.
Most importantly, music should be fun! If it starts feeling like 'work', its not worth it.

Note to others putting profiles here on BM - most viewers are not paying (premium) members, so cannot contact you.

I'll be performing with some friends (as 'Scrambled Eggs') and many other acts, including Greg Hawkes (The Cars) at a show at the Me & Thee Coffee House in Marblehead, MA to benefit the UU church and music programs at the local schools.