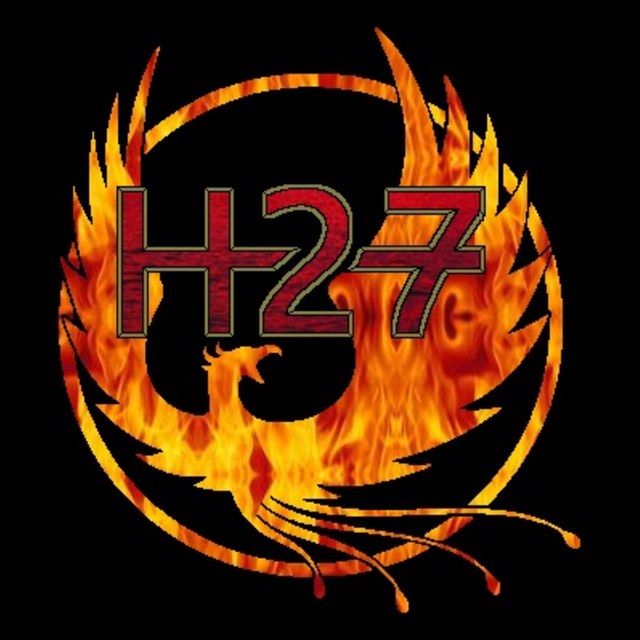 The origin of H27 starts back in early 2008, when four guys who happened to be working for the same company met and decided to get together to jam. In the beginning, they played covers ranging from The Temptations to Megadeth. It only took one practice to spawn original material. The guys quickly decided to continue in the direction of writing their own material. With each member bringing in different influences and playing styles, it was obvious that their sound was unique. The songs written were driven by contagious high energy grooves and contained intriguing, personal lyrics that are easy to relate to. Finding their music somewhat difficult to define, octane rock seemed to be the best fit. The band chose the name H27 based on a common place in their history. In July of 2010, H27's bassist left claiming musical differences and the inability to commit to the band. The writing core of the band was left behind, so H27 continued on with it's music becoming continually stronger and tighter. H27 spent a lot of time and effort in finding the right bassist, but nobody quite fit. In 2016, H27 were forced into a yearlong hiatus due multiple injuries. In early 2017, H27 began to practice and write music again. In May of 2017, a new bassist was found that fit in with the band and brought a new element to their unique sound. This introduced a new energy into the band. H27 is now complete and firing on all cylinders. Be on the lookout for H27's unique band of sonic indulgence.

Anthrax to ZZ Top & all the bands in between (well, most of them).