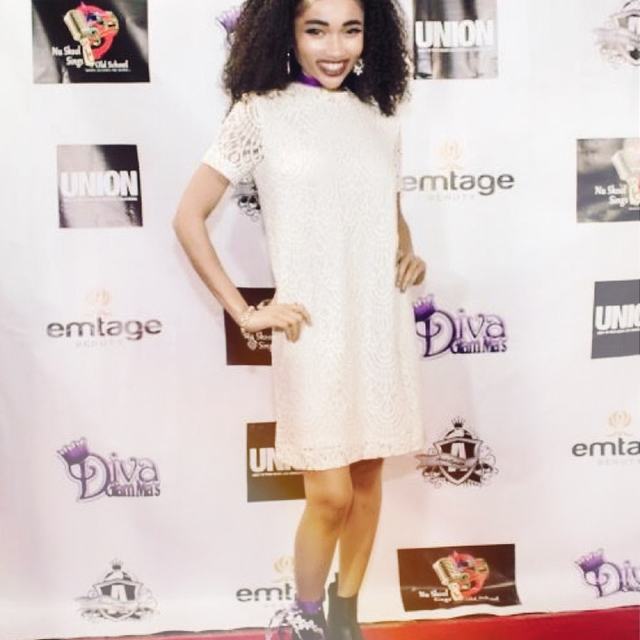 Hanani began publicly performing, singing, acting and dancing at age 3. She won her first major singing and acting competitions in Dallas, Texas when she was 8 years old. She also had her acting debut at age 8, playing “Glinda” in the play, “The Wiz.” “Nani” went on to win numerous contests and pageants in Las Vegas, California, Ohio and Atlantic City, between the ages of 8 and 10. At age 10, Hanani won the 106.3 New Gospel Talent Search Showcase, in Columbus, Ohio. As a result of that win, she was the opening act for legendary gospel artist, Yolanda Adams, performing before 3,000 people at that concert.

In 2005, Hanani was the opening act for Ray Charles' daughter, Sheila Ray Charles. In 2006, Hanani performed on national television on The Word Channel in Bobby Jones’ Urban Impact Summit New Artist Showcase. She was the youngest performer in that showcase. At age 11, Hanani was featured and nationally televised on "Showtime at The Apollo" as a "Kid Star of Tomorrow" and on the “Best of The Apollo.” Since that time, Hanani has held the title of Junior Miss Talent International 2006 and she has been a special guest performer on Sunny 95 Radio and on ABC/FOX Good Morning Columbus television program. She was also a featured soloist for the 100 Black Men of Atlanta Youth Celebration in 2006.

Hanani has been featured in the “Road to Stardom Showcase” and regularly on the “Nu Skool Sings Old School Showcase” both in Los Angeles, California. During her freshman year in high school, at age 14, Hanani starred as “Aida” in her high school play “Aida.” This role was made famous on Broadway by Heather Headley. Hanani was a contestant on American Idol Season 10 in 2011. She participated up through Hollywood Week and made it to the top 100 out of 125,000 people who auditioned across the country.

Hanani has also been in television commercials, radio commercials and numerous print ads. Nani has been trained in acting, piano, guitar, flute, hip hop dance, liturgical and jazz dance. She loves singing soul, jazz, old school, classic rock, Doo Wop, Motown and alternative music. She does it all with her own soulful modern style that is not like any other artist.

In 2013, Hanani’s video “Too Much Faith” appeared as the “Video Pick of the Day” on BET’s 106 & Park. Also in 2013, Hanani completed her first feature film,”Puzzled”, which was filmed in Los Angeles and is currently in post-production. Nani was selected to attend Grammy Camp NYC in August 2013. While there she recorded, as ½ of a Holiday duet, for the Grammy Foundation’s Christmas Card 2013 which was sent out to over 20,000 Grammy Foundation members/friends.

In addition to singing, performing and acting, Hanani is a songwriter. At age 18, she has written over 200 songs. She also creates, produces and edits short movies and videos.

In 2014 Hanani was invited and performed at the BET Awards Experience Live LA 2014 and recognized as an “up and coming” vocal artist. Also in 2014, Hanani was the featured performer at the National Urban League Gala 2014 with a 6 piece band and a 14 song set list.

Hanani is currently finishing her junior year at Northeastern University in Boston, MA in their distance learning program. She is majoring in business and psychology and has been on Dean’s List for three years. Eventually she plans to get her MBA and her PhD in business.

At 19, she moved to Los Angeles in September 2014 to pursue her dreams in acting and singing. She recently had a guest star role on CBS’s Criminal Minds, stared in a feature film and webseries. Hanani is signed with Genesoul Music Lab and her first single hits on March 28th, 2017. She is set to start touring in June. Hanani currently resides in Glendale, CA.