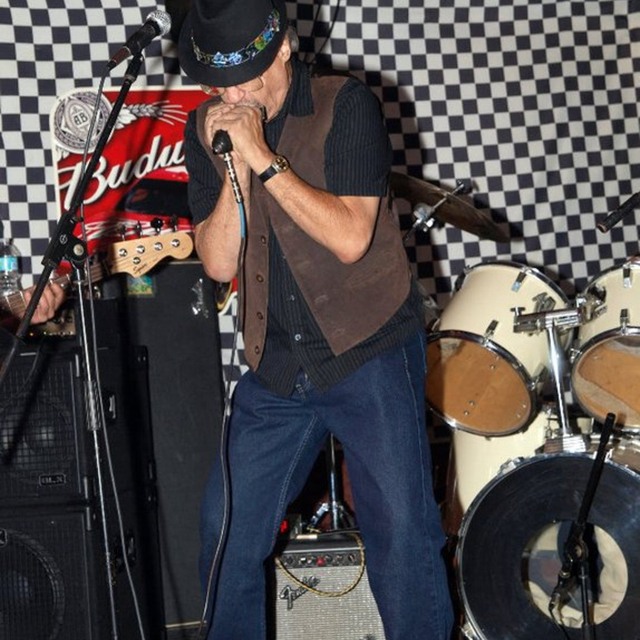 Full P A powered speakers.
I play harp use a Seymour Duncan Convertible 100, amp Crystal bullet mic, not the pieces of crap being sold today but professional mic also special feedback eliminator so as not to kill the audience.