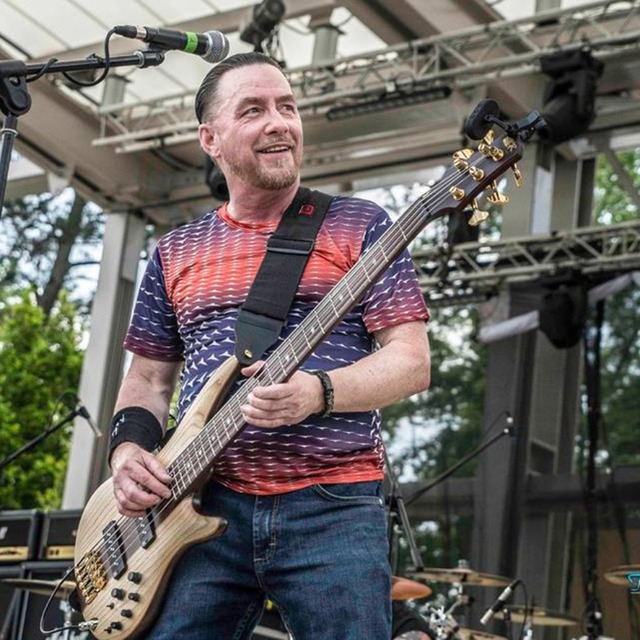 Been the bassist for Fayettevile band Fourth Hour since 2011 (helped put it together)--We've opened for Quiet Riot and Warrant at the 2015 Fayetteville Dogwood Festival, and for Winger and Skid Row at the 2017 Dogwood Festival. Unfortunately, our singer left to pursue a different musical genre, and we have not been able to replace him. I'm now the bassist for 13 Folds [13FoldsBandNC].

I'm a guitarist as well. I play rock (classic rock, alternative rock, southern rock)--and Country. I concentrate on playing and feeling the music. Though I do love to rock, I play Country as well--either on guitar, or bass. I have plenty of experience, and love to perform; I'd be interested in joining some peeps in a country band or interested in putting one together doing Jason Aldean, Martina McBride, Jake Owen, and many others--covers (and originals), My schedule is open; I don't work unusual hours!

I sing backing vocals and can hold a beat on the skins. I'm stable, dependable, easy going, flexible--and always willing to write, jam, and experiment. I don't care about anyone's gender: female, male, undecided, no problem--as long as partners don't distract, and you know music!

Write me at panzerfuhrer (at the big Y). com (no spaces).
I do some writing myself, and have contributed bridges, progression patterns, etc.